Posted in Anime, Reviews by
Kuroazu 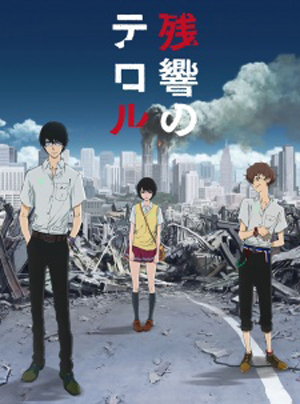 After procrastonating on watching Zankyou no Terror, I finally found the time to watch and finish it. And honestly, this is one of the best animes that I have watched so far. Maybe it’s because of my love for pyschological-mystery animes or something but this anime is just so deep. It entices its viewers to love our 2 complex main characters and many others.

First of all, let’s talk about the plot. It is about a group of terrorists named “Sphinx” who terrorizes Japan by placing bombs and announcing it online, giving them clues as to where it is. At first, I thought that these 2 people are just some crazy psychopath who enjoy blowing things up for the heck of it. But as the anime goes on, we found out that it was more than that; that they have a purpose and that our 2 bbys are only hurt and they want justice! As depicted at the train bomb. I could see foreshadowings in the plot placed randomly like “I want them to live on” and as obvious as it is, they will die and so on (and tbh, I’m still raging on that). And from the 1st episode, they caused a fire alarm so that there’ll be no casualties (showing that they had no intentions of killing people and it is confirmed at the train bombing). Not only that, but this piece of gold teaches something so deep; that sometimes, people are hurt/lonely and they just want to go free and escape and needs someone. Plus, it also teaches us to do the right thing, not to follow the higher ups and saying that “It can’t be helped” and end up doing the wrong thing.

Anywhos, let us discuss about THE characters cuz I just L.O.V.E Twelve, Nine, Lisa and the detective omfg they’re sooo awesome. So complex, so deep. And let’s not forget the fat guy! From the beginning, I thought that my fav will be Nine but ohhhh was I wrong or what  cuz Twelve just stole my kokoro like whoosh! I thought that Nine will be the one who ends up becoming friendly w/ Lisa and that the real psycho is Twelve. What a plot twist. And the Detective is such an AWESOME character cause’ he just didn’t give a damn about the higher ups and is always true to himself. I like the fact that he didn’t just accuse Sphinx of being evil but instead, tried to understand them. It makes us believe that there’s actually people who are kind enough.

Art is flawless, but there are just some instances that I didn’t like the art. Like at the first few episodes, for some reason twelve seemed… weird.. Idk

Music is totally fitting and beautiful. 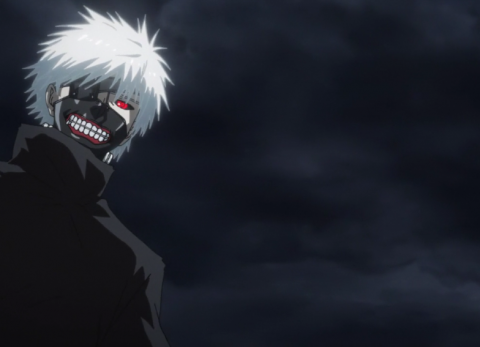