Posted in Anime, Movies by
Kuroazu 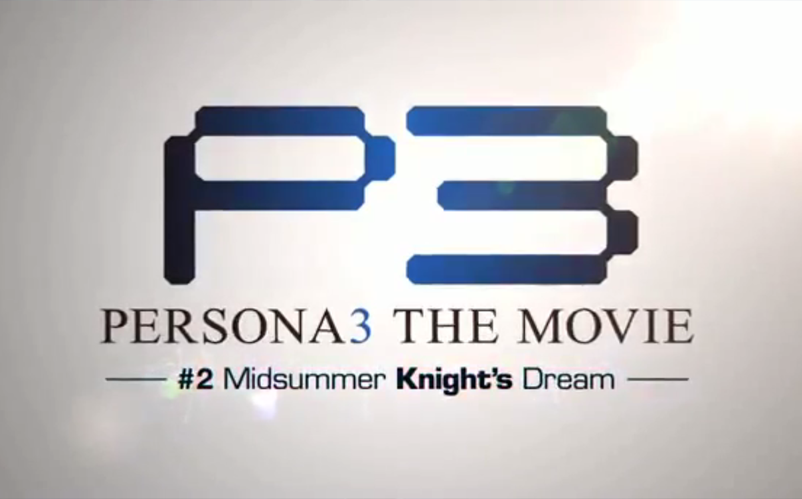 After re-watching Spring of Birth, a question popped in my mind; “What about Midsummer’s Knight Dream?”

And so, I went and watch all of the trailers and I just have too much expectations for this particular movie because I believe that the plot, rising to the climax or including the climax, will be in this movie. With the appearance of the remaining SEES members, Shinjiro, Koromaru, Aigis and Ken, this movie should be filled with feels. And as a fan of Persona 3 and someone who already personally completed the game, I hope that this movie will give the game justice.

I will try to elaborate and predict what will appear in the movie from the game, so I’ll give a warning here if you don’t want any spoilers~ You can skip to “Azu’s Corner”

As what I see in the trailers, the game will probably start in the time at the beach and according to the game, that is where the juicy plot is. That is, including the betrayal of Ikutsuki ((still hating him for that)), death of Mitsuru’s papa, death of Shinjiro, death of Chidori, our bby Ken breaking down and our big bby Aki bREAKING DOWN too!! Plus, I think that it’s about time the personas of the SEES members will evolve. Oh, and let’s not forget the real truth of Pharos.. It might be in this movie but I think that it’ll be most likely in the third one…

I am sooooo hoping for the relationships that made Yuki made that became arcanas ((y’know what I’m talkin’ about?)) to appear in the movie… 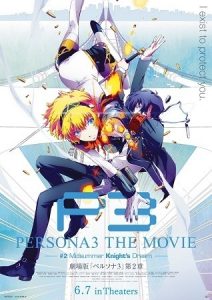 And omg, have you heard the second movie’s ost? ho-ho-ho-hoooly! Dat piano!

I haven’t watched the second one because, eng sub…. But I will definitely watch it in the future and give a review on this!

I hope that the movie will be as accurate, if not a better alternate ending, as the game because Persona 3 just deserve that much. It is, in my opinion, one of the best rpg game that I’ve played as I tend to enjoy those dark and deep genres, take D.Gray-Man and 07-Ghost for example. Talking about DGM, no updates or whatsoever for the past YEAR! TT__TT

So, for the ones who haven’t touched the game, go ahead and touch it! Play it in the PS2 console or even in the PSP  as Persona 3 Portable! And you know what? You can even play as a female in the PSP ver. so go ahead! Make sure to buy the Persona 3 FES (no fret for PSP ver.) cuz it’ll contain the game’s sequel – Persona 3: The Answer. And that Sequel is worth playing! It gives you a completed feeling for the main game.

Anyway, hope you’ll enjoy this short post of mine! And if you’re bored, Listen to the songs that I’ve been obsessing over:

Sailor Moon Crystal Is Here And It Doesn’t Disappoint