I’ve been lurking around the Voltage Inc. Facebook page for some time now, but every now and then I come across fans spreading or giving false information when it comes to troubleshooting and releases, whether they know it or not. In light of that, I thought I would at least get some of the information corrected here since I don’t have a Facebook account to actually reply with. And since the info is different and not fitting of the FAQ post, here it is in its own. There are very few since I can only remember a few, but I might add more as they come or as I see them.

If you uninstall your games/Transfer ID’s, you lose ALL of your purchases. You will have to buy everything AGAIN.

(Android only) Nope. Wrong. Very wrong. You will not lose any of your purchases because you’ve uninstalled a game or forgot your Transfer ID’s. Your purchases are connected to your Google Play account, not your Transfer ID’s. There are times where you will even have to use a new set of Transfer ID’s, such as what happened to me when playing the Falling in Love with the Butler Sub Story of Be My Princess. What happened was no matter how much I tried, I could never get Alberto’s Happy Ending. I reinstalled many times and re-entered my original Transfer ID’s in hopes that that would fix my problem, but it did not. On another one of my devices with a different Transfer ID, I replayed the route alongside my main device. I got the best ending on the other device while I got the good ending on my main device even though I chose the same answers on both. I cleared the data on my main device, didn’t put in my Transfer ID’s this time, made the exact same choices, and got the best ending. This meant that my original Transfer ID data basically made it impossible to get the best ending no matter what choices I made. And guess what? All my purchases were still intact. All I had to do was press the Buy button just like before, and all my purchased stories were available for me to play again without being charged again. The only things you will lose when you reinstall or change/forget your Transfer ID’s are your Save Data and Invite A Friend Campaign images (the later which will not be recovered even if you transfer data).

I can’t say the same for iOS since I don’t own an iOS device and therefore cannot test it out myself.

Update 7/21/14: Voltage Inc. has changed the way you use Transfer ID’s so that you can only use ID’s ONCE. After you have used them, you will be given a new set of ID’s and will no longer be able to use your previous ones. In this case, you should now begin writing down or sending your ID’s to yourself each time you do a data transfer. Why Voltage Inc. has decided to do this, I don’t know.

On yet another note, Android users do not have a Restore Purchases option or Re-download option. If a user says that they do not have either of those options, then they are not using an iOS device. Don’t make them think they should have one when you do not know what OS they are using. If they claim not to have one and even show proof that they do not have one, then they are using an Android device. There’s no need to make them think that their device or game is glitched or broken.

Update: Games that utilize the Coin System are not taken into account with this section. The Coin System does not connect your purchases to your Google/Apple Account. UNINSTALLING OR DELETING ANY GAMES THAT USE THE COIN SYSTEM WITHOUT SAVING YOUR TRANSFER ID’S WILL DELETE ALL YOUR PURCHASES AND YOU WILL HAVE TO PURCHASE YOUR STORIES AGAIN.

Give the BMP Butlers Main Stories!

The Butlers already have Main Stories, but since they are shorter than the Princes’ and Zen’s stories, they are all released as the Sub Stories Falling in Love with the Butler.

As far as any more plans for the future, it doesn’t look like there are any plans to release anymore stories, meaning that the stories for the Butlers will not be continued (having originally been planned but then trashed) nor will we see any additional routes in the game, especially since the main writer for the game no longer works with Voltage Inc. and the original game in Japan (王子様のプロポーズ) has been cancelled (info from Izumi).

The fanbooks are only sold in special stores/one time events.

Nooooope. The store Voltage Inc. had to sell any merchandise, including the fanbooks, was closed back in 2012. There’s no “special event” or anything where the fanbooks are available. Other than very rare occasions (such as the TGS earlier this year), they do not produce anymore merchandise.

The Lineup on the Japanese Koi-Game site shows future games that have not been released yet.

Nooooooooope. The “Lineup” page is just a list for the games that are accessible and can be played on a smartphone device. It is not a list to say which games are “coming soon”. There are smartphones that do not operate on an Android or iOS operating system, which is why some of the games on the list don’t have an Install button for Android or iOS. All the games on that page have already been released. Some have even already been cancelled, meaning that unless Voltage pulls what they did with Hatsukare, we will not be seeing those games on Android or iOS at all. There are other pages that list all the other games that Voltage has, split into categories of Adult (for older women such as My Forged Wedding and Kiss of Revenge), Fantasy (such as Be My Princess and Pirates in Love), School (such as Dreamy Days in West Tokyo and Class Trip Crush), Love and Work (such as In Your Arms Tonight), and Social Apps (such as the GREE games). None of the lists are to show any future new games and are just compiled lists of already released games. Just because they don’t show up on the Play Store or App Store doesn’t mean that they are new or unreleased.

On that note, let’s talk about Hatsukare. As many of you know, 湘南★初カレDiary was ported and released in March of this year for Android and iOS devices. However, as I was informed by Izumi not too long ago, Hatsukare has been cancelled on the original device since last year. Why would Voltage port an already cancelled game? I do hope that this means that the game will actually be continued and completed, as well as that it means older games will get ports regardless of whether they’ve been cancelled or not. We just have to wait and see, but, again, the Lineup page is not a list of games coming soon.

Another thing. Not everyone who asks about future releases, asks questions, or even visits knows that the Facebook page isn’t set up to handle customer service inquiries. There’s no reason to bite someone’s head off for asking an innocent and valid question just because you’re sick of seeing them all the time, especially if they’re new commenters. Chances are that they don’t have the time or patience to go through the ENTIRE Timeline and look to see if their question has already been asked. The best thing you should do is either answer the question, kindly inform them that, if their question is directed to Voltage, Voltage does not answer comments on their page, or to point them in the direction of contacting Voltage themselves.

I might as well add this as a minor note. The upcoming My Sweet Bodyguard story titled Goto × Ishigami is not to say that the two will be paired as a couple. It just means they will be together, like a regular pair or partners. Think like a “crossover”. Get it? Cross. ×. Previous stories with the same idea are the Overseas Trip Sub Stories (Rome, Paris, Shanghai, and Kyoto). In those, the “×” was translated to “and”, which gives a better idea of what the route is: a story with both characters. In this case, they are stories where you can choose either character’s route.

I think that’s all I have for now. Hopefully this is helpful for anyone. 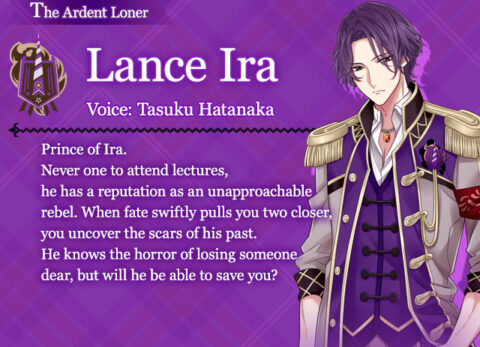