The Steam sale lasts until January 5, 2013, so here are some games that you should consider buying. Whether you’re into shooters, action adventure or puzzles, you will want to yell at your computer screen to take your money. (Ha… no.)

Third person horror shooters, Alan Wake and Alan Wake’s American Nightmare (a follow-up standalone but not a direct sequel) were published by Microsoft Studios for Xbox 360 and Windows. The game follows Alan, a novelist, who’s investigating his wife’s disappearance in Bright Falls, a small town in Washington state. The game has a dark setting and you have to rely on fighting with the power of light as Alan experiences blackouts and visions of characters from his novel. The game is great and feels more like a thriller (applies to both); I recommend that you snatch them up when they are 75% off on Steam (they currently aren’t), which is how I got both in a bundle.

Here’s a gameplay of Alan Wake by IGN:

Released on Windows PC, Xbox 360, and PS3, AVP is a shooter developed by Rebellion, the same company who conjured up the original classic (1999). The game consists of three campaigns: Predators, Xenomorph and humans (Colonial Marines). All three stories intertwine into one storyline eventually. The game is set on the planet BG-386 where ancient pyramids are discovered, though the inhabitants are a deadly species and a race of hunters are determined to keep their pyramids sealed. While you wait for Aliens: Colonial Marines to be released on February 12, 2013, give this game a try. Seeing a Xeno come after you or a Predator appear out of the forests is best suited with loud speakers at night. As a fan of both franchises, this is a game you’d definitely want to play. And it is currently sitting at $7.49 (-50% off) on Steam!

Bastion is a beautiful action role-playing game released for Xbox Live Arcade, Windows PC, and the iPad/iPhone. As “The Kid,” you’re responsible for creating a safe place, or haven, by powering up The Bastion after the Calamity shattered the world into pieces. With special attacks and weapons to fight the enemies, you will never get bored of this game’s combat system. The best part of Bastion though, has to be the narration, reacting at every action you do; and it can get pretty funny. It is currently $3.74 on Steam as I type this.

The Binding of Isaac is an indie 2D action-adventure game released on Steam in 2011. The game takes place in Isaac’s basement where he runs to after his mother hears voices from “God,” telling her to sacrifice him in order to get rid of his sin. In the basement, you encounter Isaac’s lost brothers, sisters, fears and his mother. What more can I say? This game is great. It can take a while to get used to and a whole lot of deaths which can make you want to /ragequit (personal experience); nevertheless, buy this game on sale on Steam for $2.49 and its DLC The Wrath of the Lamb and soundtrack for $1.98.

Your collection isn’t complete without Braid. This platform/puzzle was released for Xbox Live Arcade, Steam (PC, Mac, Linux), and PS3. You play Tim, a man in search for a princess by running, climbing, and jumping across seven worlds. The catch: Time is on your side, literally. You have to use time in order to get over different platforms, defeat monsters, prevent yourself from dying, collect puzzle pieces, and basically completing the whole game. Rewinding and forwarding are a challenge, as you have to figure out at what exact moment you want to alter time.  Although it’s not too long of a game, it is definitely worth it and for the price it stands on. Braid is currently $4.99 on Steam.

P.S. Make sure you don’t have a headache. Well, nevermind. This game will give you one anyway.

Bunch of Heroes is a 4 player co-op shooter game for Windows PC. You play as one of the four characters -Agent Liu, Jared Joe, El Camarada or Captain Smith- against an alien invasion. Game modes include single-player and co-op (campaign and survival- think hordes). I found this game to be highly entertaining, especially having to rescue cheerleaders and taking them to a car; it’s hilarious! You HAVE to work as a team (on co-op); if you try this alone, there’s a 80% chance that you will fail. When I played though, I couldn’t find any games online. When I did find some players hosting a game, there were only two. But that was probably because I was searching at night. Either way, go on ahead and support this game! It is only $1.69 on Steam!!!

I will post PART 2 some time today or tomorrow. These are based on my opinions and experience playing these games. (Though they’re all great! Trust me.) 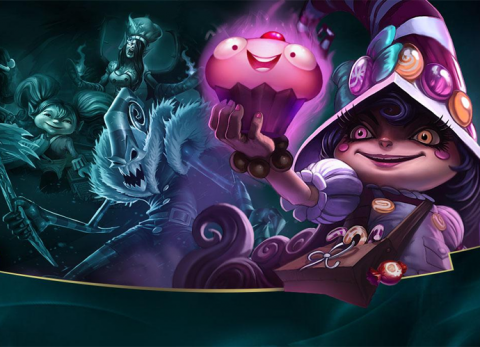