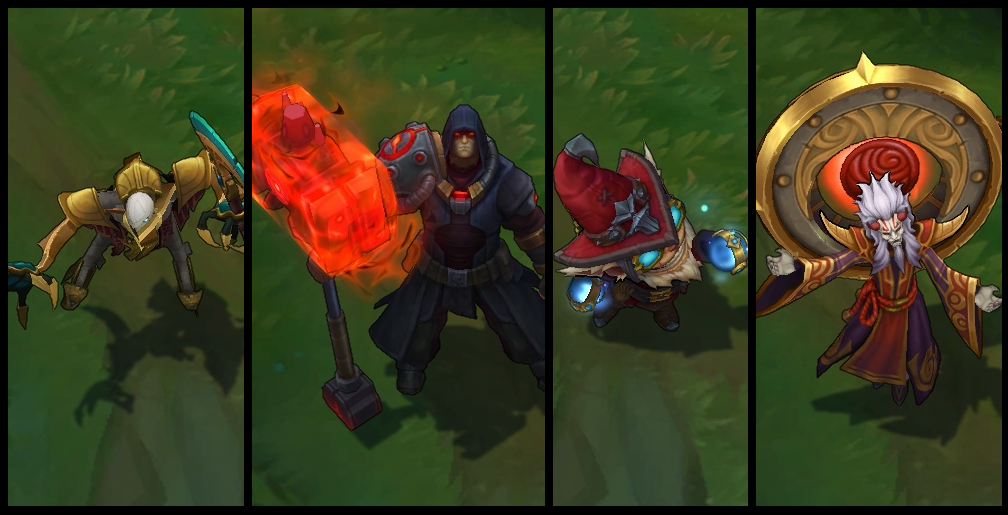 Four new skins up on the PBE. Plus, texture rebalances for Shyvana, Teemo, Poppy and Shaco! Lux is coming later.

Master Arcanist Ziggs, the skilled arcane wizard, is ready to try out some new spells on the PBE! This skin includes:

All new model and texture!
All new particles!
All new recall animation!
All new SFX!

This skins price is 1350RP – (pricing subject to change)

Your feedback and bug reports are extremely helpful to us, so please check out Master Arcanist Ziggs and let us know what you think! Feel free to drop any bugs you find in this thread as well! 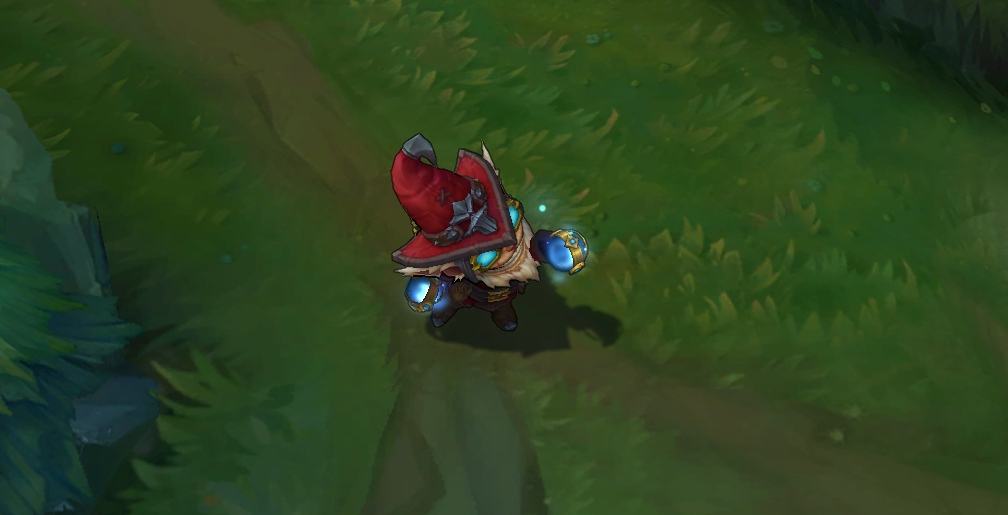 The dark and brooding Forsaken Jayce has descended onto the PBE! This skin includes:
All new model and texture!
All new particles!
All new recall animation!
All new SFX!

This skins price is 1350RP – (pricing subject to change)

Your feedback and bug reports are extremely helpful to us, so please check out Forsaken Jayce and let us know what you think! Feel free to drop any bugs you find in this thread as well!

Note: His Acceleration Gate (E) is supposed to be blue. Due to game play concerns we made an entirely new particle but kept the coloring blue to make it obvious that this Gate is from a friendly Jayce. It’s a similar situation to Ahris (Q) color which can’t be changed since it shows if her passive is active or not. 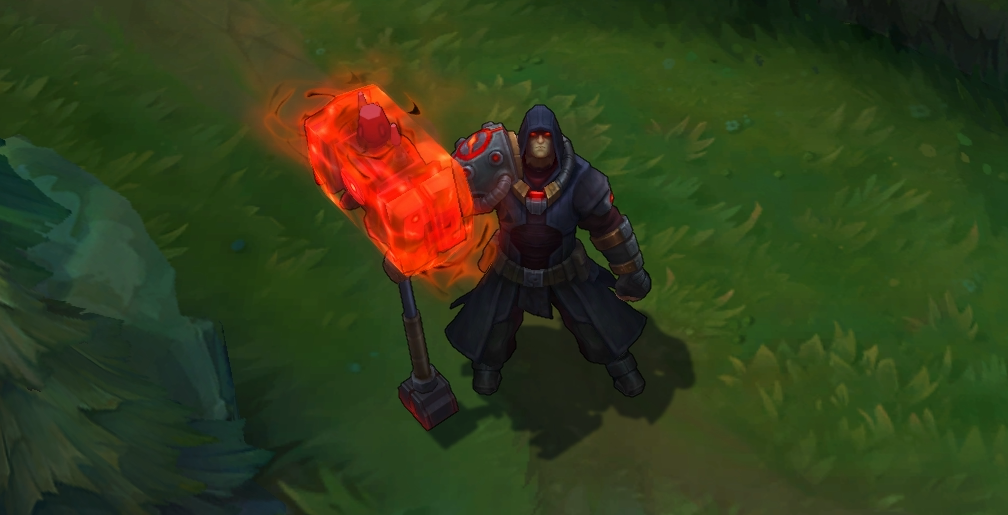 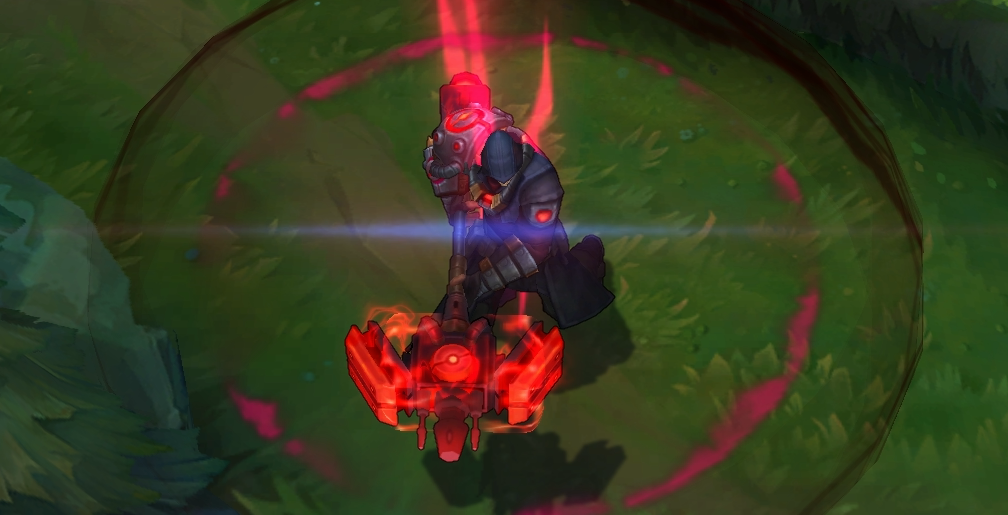 Risen Fiddlesticks will be 1350 RP* and includes:

Risen Fiddlesticks is now available to play on PBE! We always find bug reports and feedback super helpful, so feel free to comment in the thread below! Likewise, if you’ve got any questions, post ’em here, and we’ll do our best to answer them!

*Prices on PBE are subject to change. 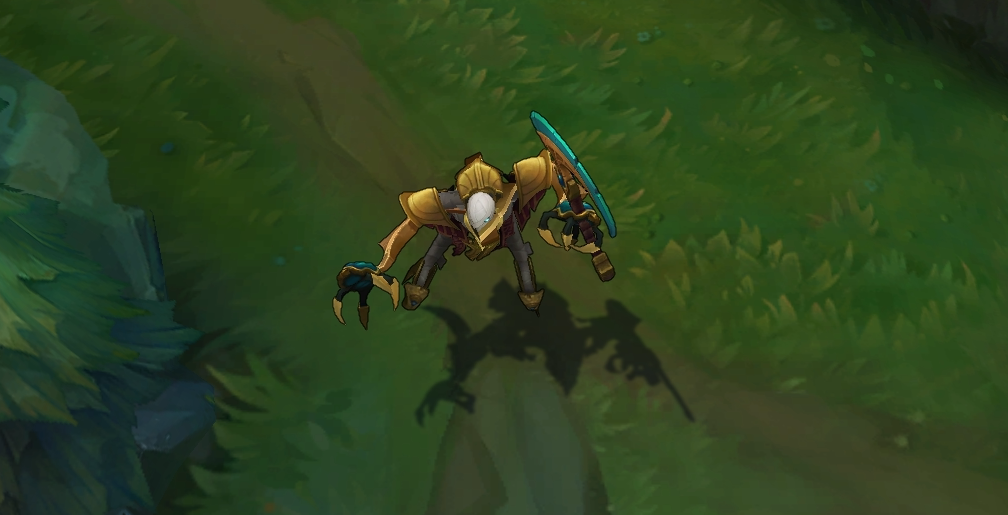 Blood Moon Zilean – 975 RP
Dark clouds part and reveal a sinister red moon. Its red beams of moonlight pierce through the night as Blood Moon Zilean emerges from the shadows. He has seen your future, and it was painful…

Zilean merged the blood moon arts with his powers over time, and he’s ready to showcase his new abilities on the Rift! He will be priced at 975RP *

As players who get the first look at this in-progress skin, it would be wonderful to hear your thoughts and feelings on the new Blood Moon skin! The feedback and bugs you leave here will help us get a better idea of things we may still have to take a look at. :]
See you on the Rift!

*Prices are not final and may be subject to change :) 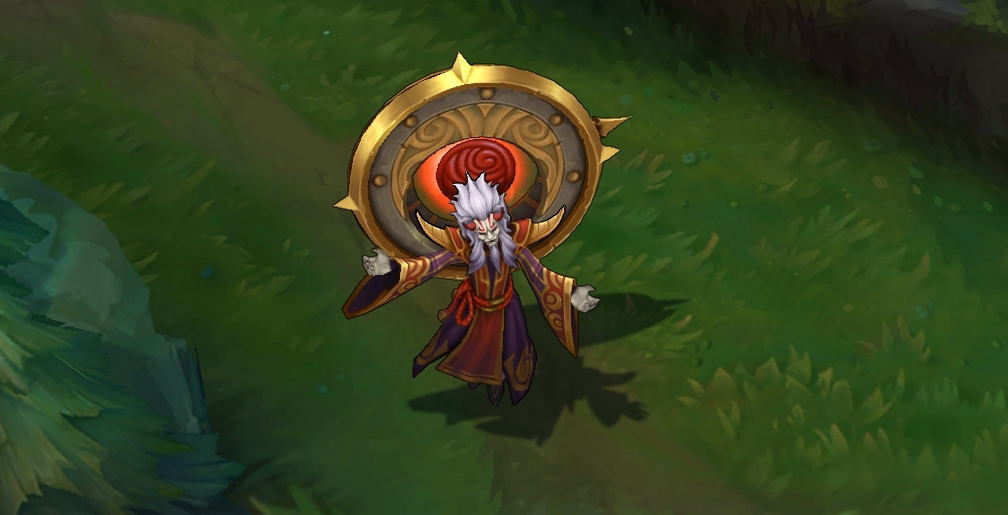 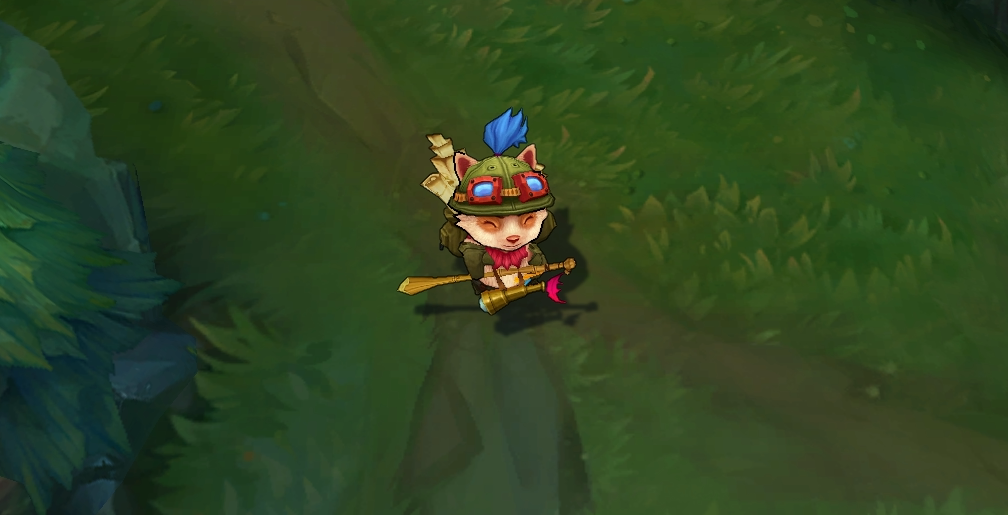 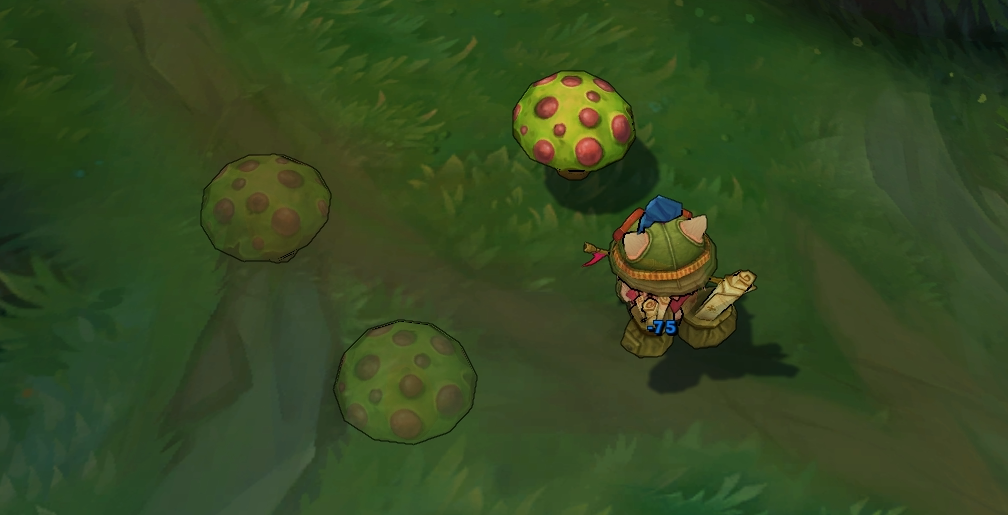 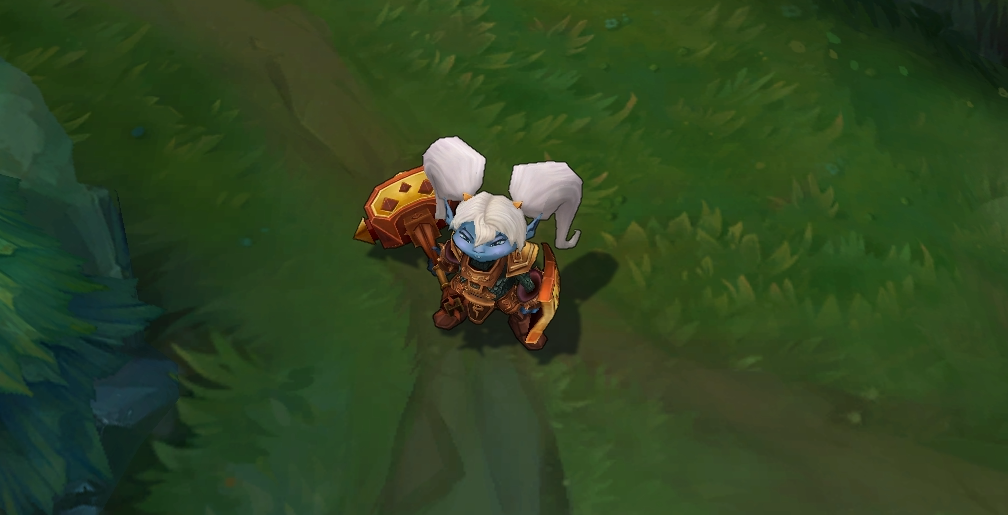 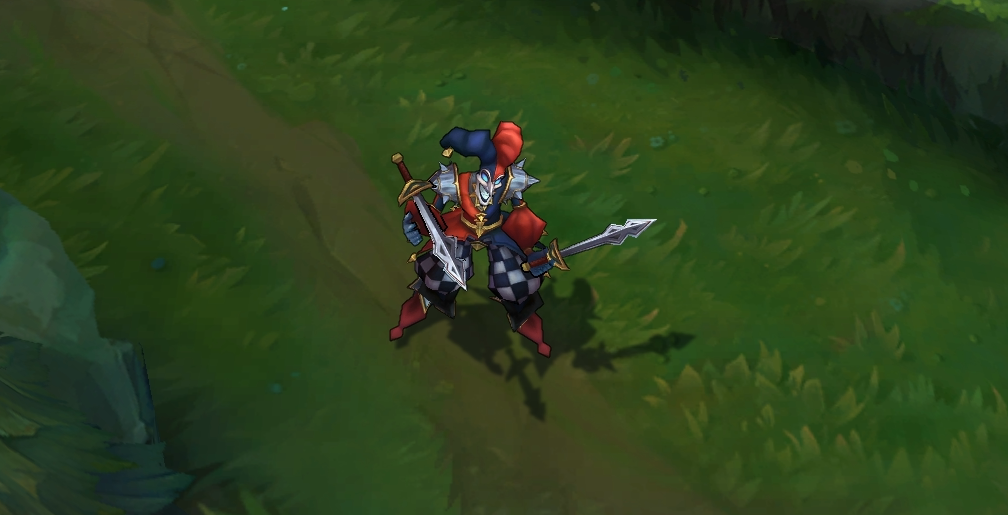 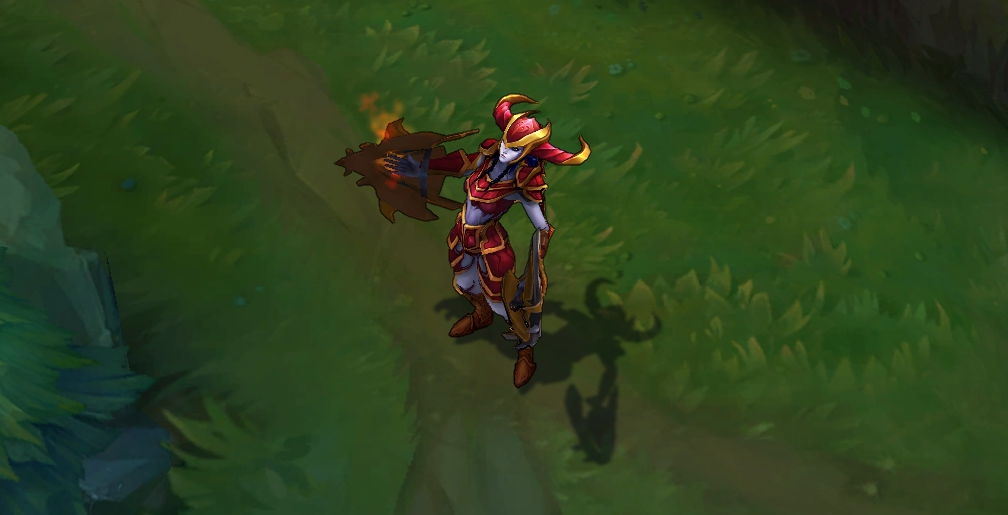 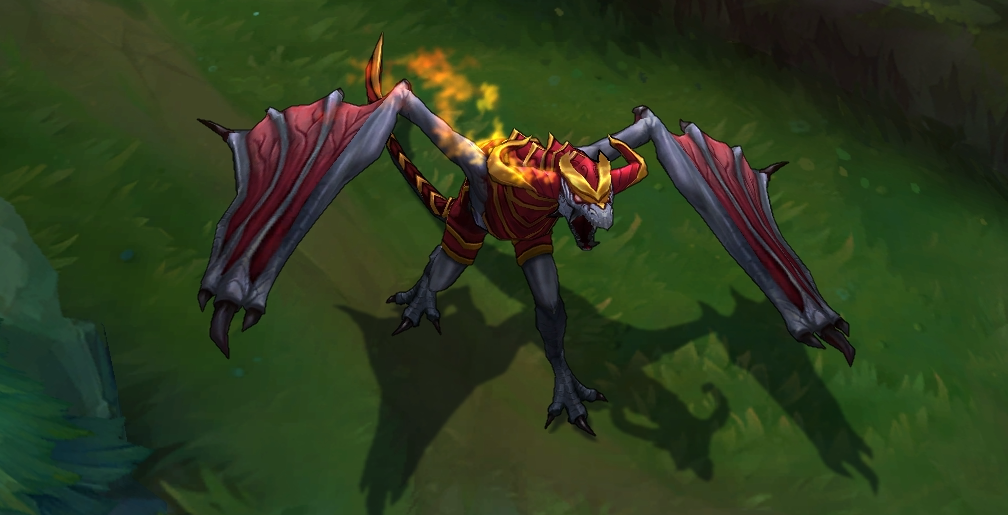 As we continue to polish and update Summoner’s Rift, we found a cool opportunity to make some improvements to Howling Abyss and ARAM. Without any further ado, let’s break the ice and get things rolling – here is the list of changes coming to the PBE today:

Gameplay Changes; My Mind is Telling Me No:
New Summoner Spell on ARAM: Mark/Dash
After analyzing the results of Legend of the Poro King, we realized that Poro Toss gave an across-the-board bump in viability to some historically unpopular picks and helped balance the playing field. After careful consideration and some tweaks we’re bringing this back to ARAM as an optional new summoner spell called Mark/Dash. 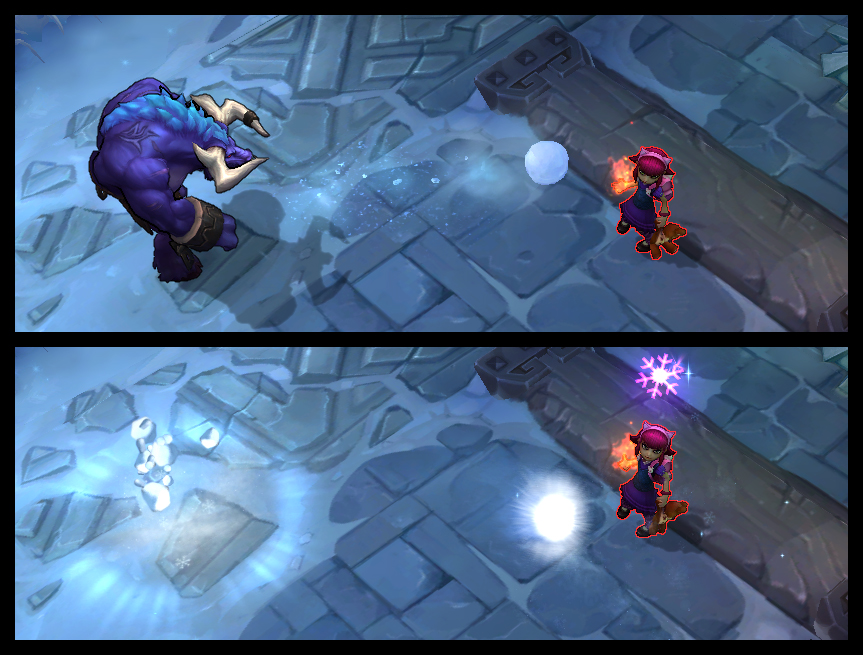 Mark allows you toss a projectile at an enemy unit, you can then follow up on a Marked unit with Dash to quickly travel to the Marked target.

Go forth and tower dive, but remember, it’s only worth it if you say so in chat.

Item Changes; Out With the New, In With the Old:
Bloodthirster added
With the recent rework of Bloodthirster, it made sense to re-introduce the SR favorite to ARAM to help out champions that rely on high AD to be more successful on the map. The passive doesn’t hurt either – shields up!

Sanguine Blade removed
10 out of 10 ADCs agree that Bloodthirster is bigger, better and bloodier than Sanguine Blade. We can’t argue with that, so we’ll be retiring it from ARAM.

Warmogs added
Ever shed a tear after purchasing Giant’s Belt on ARAM only to remember you can’t build Warmogs? We’re bringing the HP behemoth to ARAM to give tanks a little love and to help them survive poke long enough to initiate at the right time. Note that we’ll be keeping a close eye on this one to make sure tanks don’t become too overpowering.

Skin Boosts; Turning the Random Dial to 11:
After flicking some switches and fiddling with a couple of dials, we’ve successfully added Skin Boosts to our ARAM update! Throw down 95RP and you’ll give everyone on your team a one-time random skin for the champ they’re using that game. You’ll also earn yourself 200IP while giving your teammates 100IP.

Map & Art Changes; No More Nexus Gnomes:
We’ve skinned some of the art from Summoner’s Rift to match the Howling Abyss theme and bring some consistency between the maps. We also took this opportunity to do some general art polish, make some performance improvements and fix an issue that caused champion spells to sometimes be clipped when drawing on the ground. Check out these screenshots for more details. 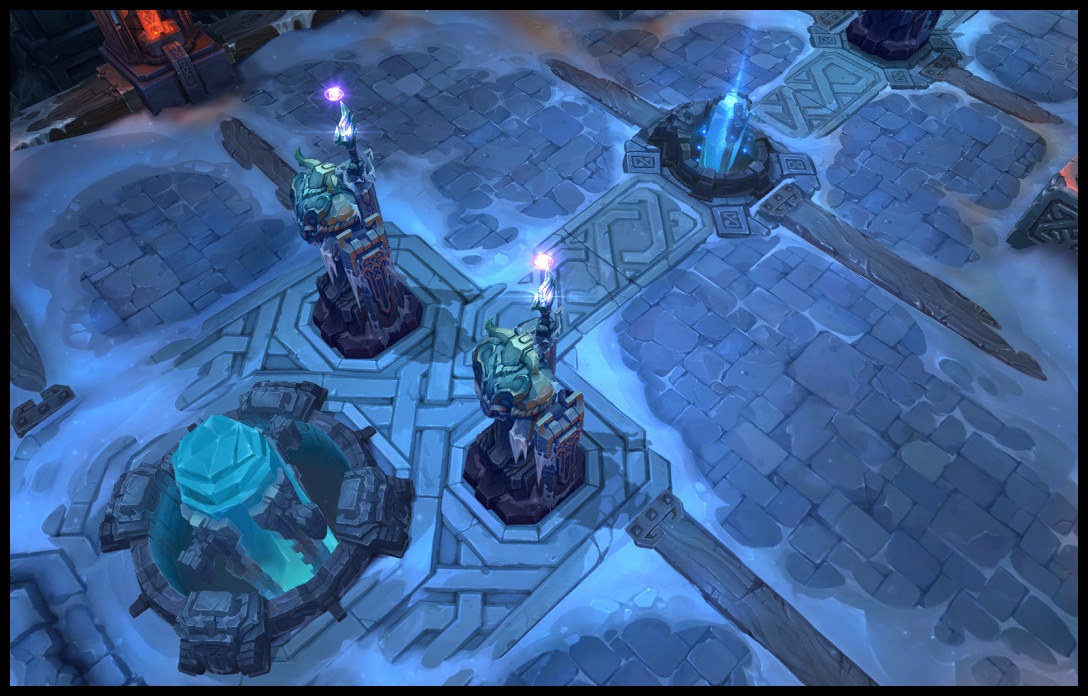 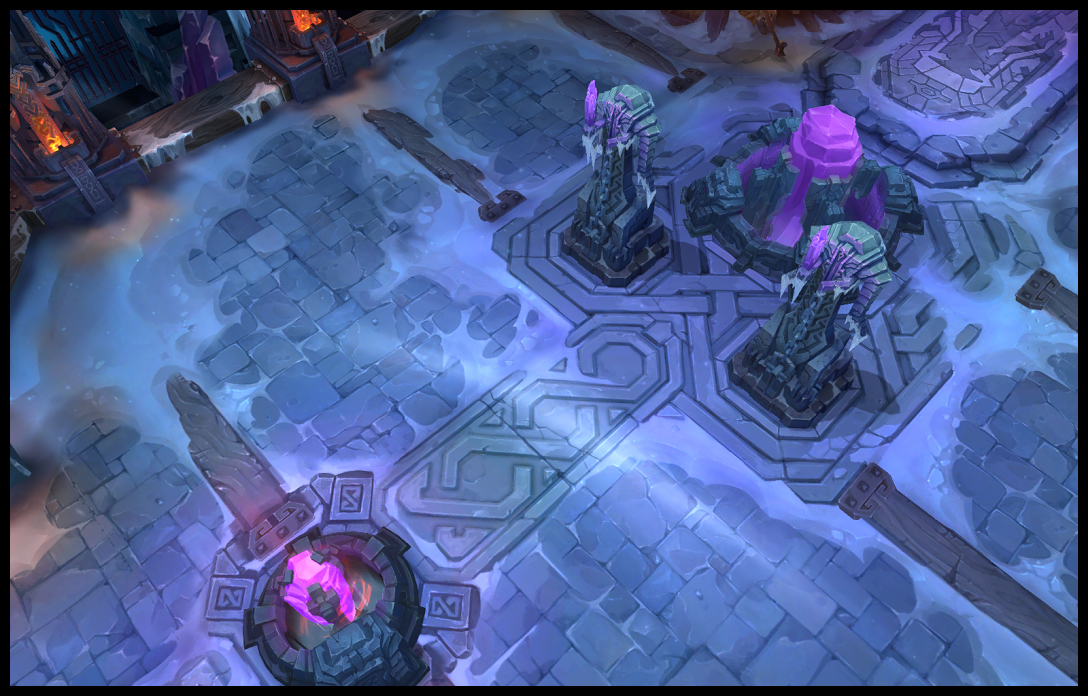 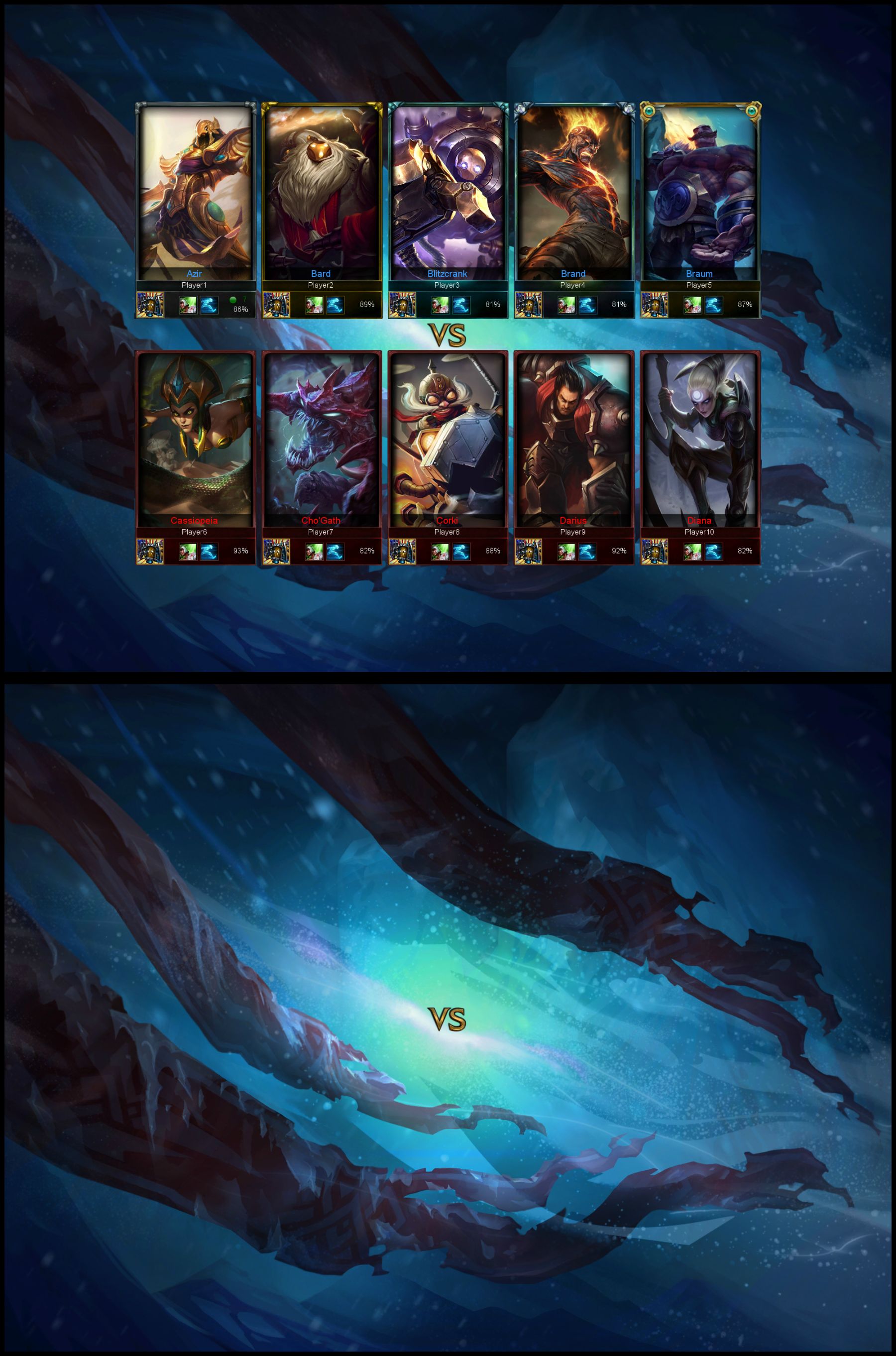 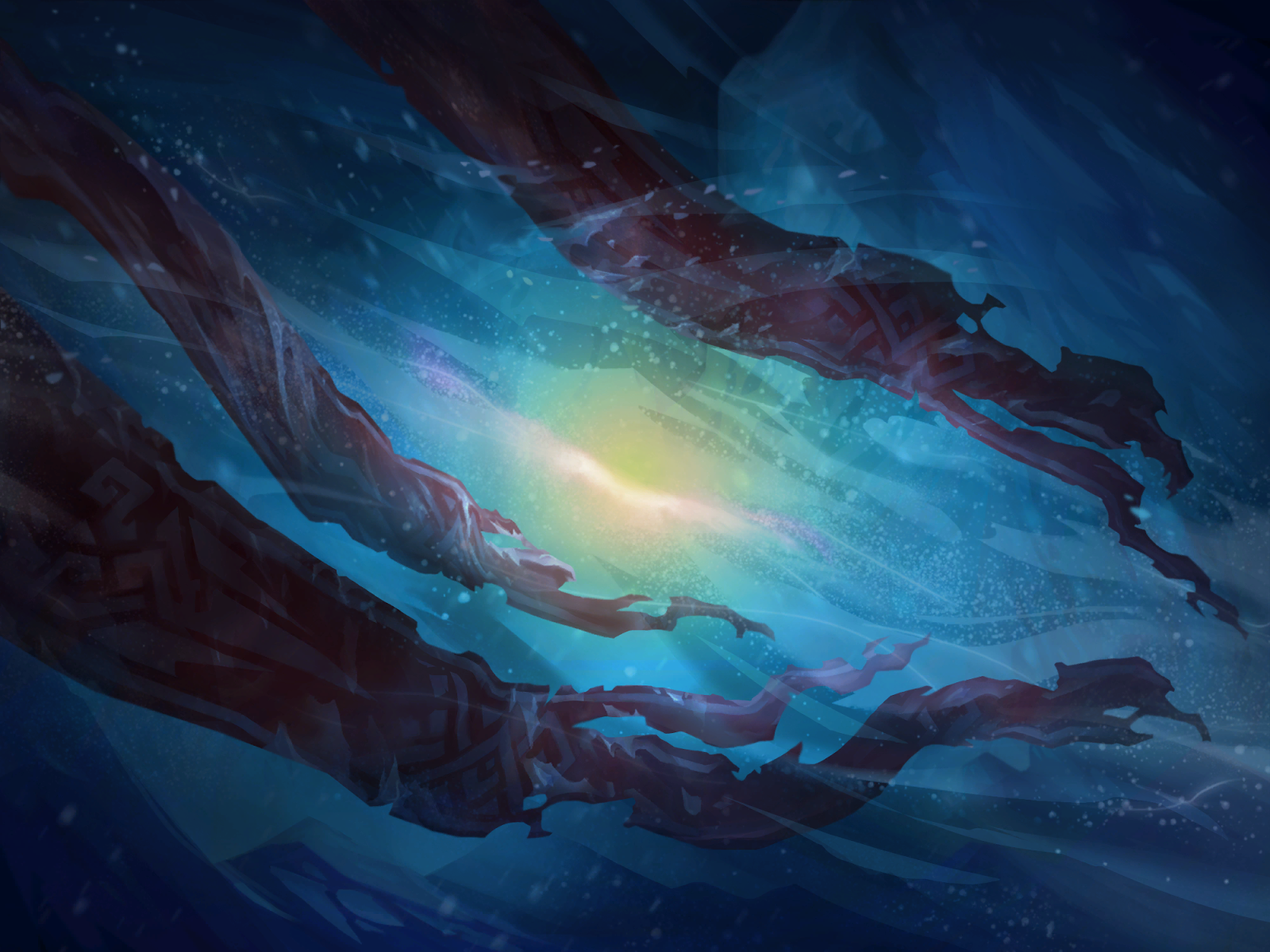 Righteous Glory
Health reduced to 600 from .

Randuin’s Omen
UNIQUE ACTIVE: Slows the movement speed of nearby enemy units by 35% and afflicts them with Cold Steel’s debuff for 3 seconds. For each enemy champion slowed, gain 15% attack speed for 6 seconds (60 second cooldown). 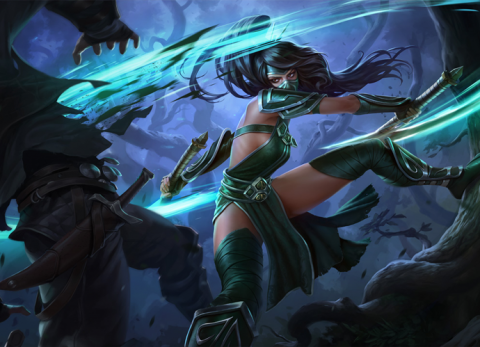 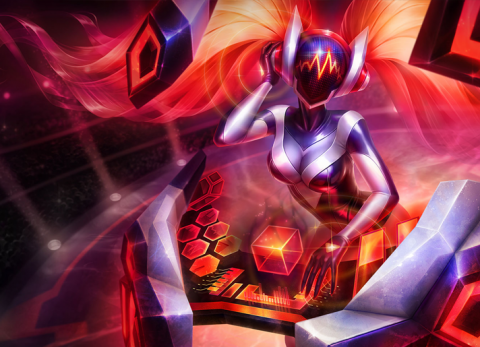