Late news is late, but I figured I should post something. A bit of other news included at the end~

So if you’ve looked at the Be My Princess for GREE app (or maybe even My Sweet Bodyguard for GREE and Celebrity Darling for GREE, though I don’t play them so I can’t confirm it) in the past few days, you’ll notice there is new a link at the TOP page that leads you to a new survey about a possible My Forged Wedding social game with the text “Help us Make good games!”. You will also get a Full Course Meal at the end of the month if you complete the survey, though I don’t know if it’s the same reward for completing the first survey or if you’ll get a separate reward for completing each.

While there hasn’t been any type of official confirmation or announcement on whether or not we are getting a social app for My Forged Wedding for sure, the survey does prove that the possibility is there and that a release is on Voltage Inc.’s mind.

I am rather on the fence to hear about this, though. With all the Be My Princess for GREE events already taking up most of my time during which the events take place, I’m rather hesitant as to whether I should play My Forged Wedding’s social counterpart considering it’s not abnormal (and actually even expected) for GREE games to have events at the same time. I love My Forged Wedding, so I have no doubt that I will end up playing it, but the fact that having it released would mean that I would find myself playing both Be My Princess and My Forged Wedding events at the same time is just… I don’t know how I feel about it.

On one hand, it’s My Forged Wedding. On the other, it’s a social app with more events to play at the same time as Be My Princess for GREE.

I have no problem playing the Main Stories, I can do that. But I’m afraid that by playing both, I’ll be unable to finish any of the events. It’s the reason why I never touched My Sweet Bodyguard for GREE or Celebrity Darling for GREE. I didn’t want to overburden myself with multiple, simultaneous events and still attempt to full comp them all. Unfortunately for me, that means I missed a lot of potentially good and sweet stories from past events I never had the chance to even start. Having been in college at the time certainly didn’t help. I have more time than usual right now because I’m job hunting, but once I do land a job, it’s going to be even harder just to complete Be My Princess’s events. Having another game to play events in is just going to exhaust me. I could just not play the events, of course, but I have no doubt my love for My Forged Wedding is going to drive me to attempt it anyways until I realize too late that I won’t be able to do it, if I can at all. I hardly think Voltage Inc. is going to leave room between the two games so that the events happen one right after the other instead of at the same time, though it would still sadden me if My Forged Wedding’s events ended up with the same fate as My Sweet Bodyguard for GREE and Celebrity Darling for GREE where they don’t even have events at all anymore (last I heard).

I’ll keep my eyes open to see what happens, but I don’t think anything is going to change my feelings right now.

In other news, along with the other previously skipped Be My Princess for GREE’s events, this year’s White Day event 私の執事は王子様 (The Prince is My Butler) was also skipped. I was already disappointed enough that 執事たちのNew Year (The Butler’s New Year) was skipped! We could have had Butler solo routes! But now that the White Day event was skipped… I really would have liked to see the Butler’s reactions to the Princes being the heroine’s butlers for the day. I’m very interested on how the endings would have gone, so I’m hoping we get any and all skipped events at all! I mean, I’m glad we get some time to cool down between events now instead of having events pumped out practically back to back, but I would still like to play them later on or so.

The next event is supposed to be Wilfred’s Birthday event with three routes, including… CLAUDE SOLO ROUTE! I will definitely be VERY disappointed if this event is skipped! If we do get it, I’m hoping we get enough time to full comp all three routes and all six endings, which for me wouldn’t be a problem if Voltage Inc. sticks to a full two-week event period (as opposed to normally completing twelve endings). There hasn’t been any confirmation or hint as to whether or not we will be getting this event, but I will definitely be keeping my eyes and ears open for it! If there is, I’ll post the usual What We Already Know post as quickly as I can, so keep your eyes open, too!

As for that Secret Escape T&R… I’m starting to think it’s waaaaaaaaaaay past its due date, so I won’t be posting it at all. I will try for future events, though!

Be My Princess for GREE ~Keith’s Birthday 2013 Event Info~ 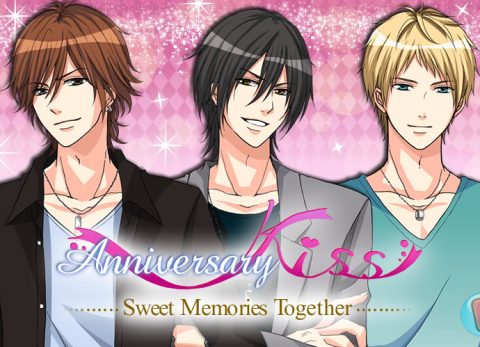