Update 10/25: I’ve been told that the English title of the game will be Her Love in the Force. I will be adding it to the Upcoming Releases page soon. Also, Goto’s and Kaga’s Main Story 1 “Meeting Him” and Main Story 2 “Falling in Love” will be available upon release, and you can also read Secret Stories if you encounter certain events in the “Meeting Him” story, which you unlock using the Love Meter. There is also an option to buy the Secret Stories. I’ve also updated the synopsis with the official one.

In joining The Public Safety Police Academy, you’ve jumped into a world of men!

In pursuit of your dreams of becoming a detective, your supervisor encourages you to enter The Public Safety Police Academy. But as it turns out, it’s a school full of elite officers from around the country! Surrounded by men, you must receive training from ruthless instructors. Then, you suddenly become one of their full-time aides!?

Will you be able to handle the way he blows hot & cold!?

With the release of the Secretly Living Together Sub Story in My Sweet Bodyguard, Voltage Inc. added a limited time bonus image and Prologue preview of the 恋人は専属SP (Eng. title: My Sweet Bodyguard) spin-off game , 恋人は公安刑事, once the Sub Story is completed, indicating that there will be an English release for the spin-off in the near future.

I briefly mentioned it on Tumblr earlier in September, but like with 天下統一★恋の乱, I wanted to be extremely positive before making a post, and Voltage Inc. announced it before I could be! So far, though it was “announced” before True Love Sweet Lies, it still looks like it won’t come out until after True Love Sweet Lies is released. Whether or not it comes out next or after, I’m sure many fans will be excited to finally be able to play this game in English. I’ll keep my eyes open, though, just in case the two are switched.

If past game releases are of any indication, only the first one or two characters will be available upon release, which would be Goto Seiji and Kaga Hyogo.

As far as I’m aware, this is Voltage Inc.’s first spin-off series from any of their games. It didn’t take long for them to do spin-off for another one of their games, so there’s a possibility that we might be seeing even more spin-offs from other games that we’re all familiar with.

Your aim to become a detective has come around, in the public safety academy that is full of men!

Upon beginning at the academy, you are paired with an instructor for a deep-cover-operation training!?

In the severe training, repeated failures…

Though it is hard training by the demon instructor in the daytime, it is sweet individual guidance at night?

While spending time together, you see the gentle true face of the demon instructor…

Is it not just a student-instructor relationship!? 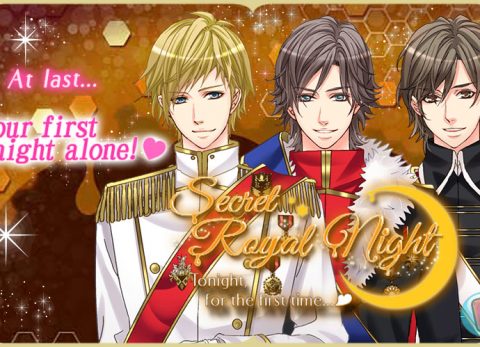