Derp edit about the art at the bottom!

Update 5/23: Android version has been released!

As he loosens his necktie, our time together begins…

You work at a well-known clothing company. One day, you’re suddenly transferred to a new department, where your coworkers are all top employees! You begin your new job and soon find yourself on increasingly intimate terms…

SO! Just what I was wishing for!  社内恋愛★２人のヒミツ has been released in English! Unfortunately for me and my fellow Android users, it’s only out for iUsers at the moment. But it looks like some iUsers are having trouble even getting the game from iTunes, so I feel you brahs.

But like I mentioned before, this was one of the few games I was hoping that Voltage Inc. would bring to English. I have a post in my drafts for my Voltage Inc. Wishlist, but I pretty much lost motivation to write it when I was having problems with the translating part. OTL I might still be able to post it, but I’ll have to remove the games on the list that have already been released in English and add the newly released games in Japan that I am interested in, including スパイにキスと銃弾を and 逃避行 ～愛の選択～.

I’m really hoping it comes out for Android soon, though, despite my lack of money. OTL

I KNEW SOMETHING WAS OFF!

I figured something was off when I was looking at the Office Secrets title screen, but I couldn’t put my finger on what exactly, especially after seeing the top screen of the image at the iTunes store and couldn’t recognize who the heck that was. So I went back to the original app and

Turns out there was a Version 2 released (when?!) with brand new art and that’s the one we got. And this whole time, I thought we were getting Version 1! I cannot tell you how OTL I was once I realized this and I just… 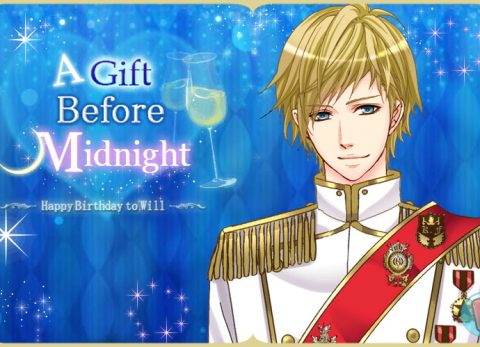 [Be My Princess: PARTY] A Gift Before Midnight Event Info 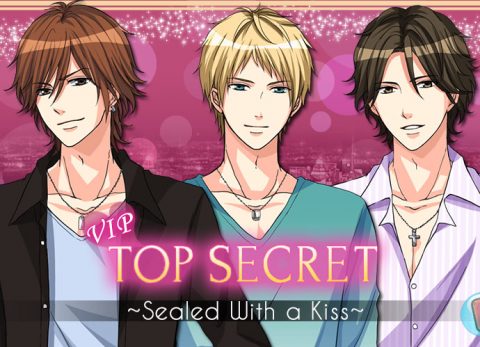