In Version 9.1, “Western Beasts” could perform Power Release and “The Witches” series have been granted to Ameliorate. Leading new forces to our fellow Summoners!

– 39 monsters and various new skills are added, there are 925 monsters in total.
– Newly added “Toy Pixies” series in Diamond Seal.

– Summoners who still haven’t joined a Guild will be the member of “World Guild”, and have access to the followings:

1. 3 Guild Mission will be assigned to you daily, Black key will be awarded after completing the Missions.
2. Have access to enter the stages in Black Hole.
3. Can store up to 30 Black Keys.

– The members of “World Guild” cannot participate in Guild Events. Earned EXP, Coins and Lv. Up bonus will not be available.

– Added Power Release for “Western Beasts”.
– Added Amelioration for “The Witches” series.
– Summoners can choose to turn on/off the animation for Level-up in “Settings”.
– The upper limit has increased to 20 for decomposing Cards.
– Stamina can be overflowed after restoring with Diamonds.

– “Sprites” series will be removed from Diamond Seal Card Draw. Summoners can obtain them from the New Seal Card Draw “Providential Seal”.

– Abnormal reset of Dragonary Crafts occurred during team editing and complete a battle in “Casual Mode” from Multiplayer Mode.
– Unusual display of other teams when challenging the Power Release stage.
– Abnormal team setting occurred when entering other stages, after completing Power Release stage.
– Unusual Skill effect on Active Skill of “Capricorn of Meticulosity – Domon” and “Pisces of Empathy – Cateua & Ravniss”, when frozen Runestone exists on the gameplay interface.

– Abnormal skill displayed on the enemy in the 4th wave of “Portent of Fights – Reversing Everything” from the 8th Seal.
– Abnormal enemy skill effect occurred in the last wave of “Regret of the Mother”.

– Failed to login on some mobile devices (Example: Asus)

Time: May 1 (Fri) 22:00 – May 2 (Sat) 23:59
The process of metamorphosis in reaching the mature form, to formulate new rules for the realm!
* Nightmare Stage of “The Evil Controlling Orders” is added. In addition, “Diablo, Manipulator of Elements” is finally ready for Power Release to restraint the Elements and invade the TOS realm!
* The Power Release element “Infernal Phantom” for “Diablo, Manipulator of Elements” can be obtained in the stage “The Evil Controlling Orders”.

Time: Apr 29 (Wed) – May 5 (Tue)
During the event period, the required Stamina for stages of Emergency Battle is reduced by 50%

Time: Apr 29 (Wed) – May 5 (Tue)
Rare Materials must drop on the final round of stage in the assigned daily missions! Assigned “Daily Missions” include:
Apr 29 (Wed): Day of Honeymon Hunting
Apr 30 (Thur): Day of Crystal Dragons
May 2 (Sat): Day of Demons’ Den
May 5 (Tue): Day of Descending Swords

Well, the update’s pretty cool this time. They added a 3 diamond seal, a new stage on the black hole for soulstones and even provided a ‘World Guild’ which is pretty rad of them. I see much improvements on ToS this time around. The new cards seem nice but I’m not too sure about its skill… Well, let’s see

And about time for the Western Beasts PR!!!! 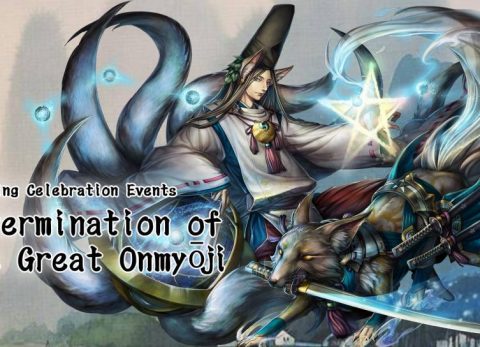 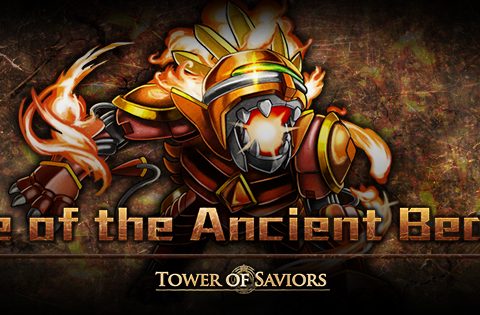 【Rise of the Ancient Beasts】