As the update to Summoner’s Rift continues to percolate on the PBE, we’re looking to address the fact that many of League’s older champion and skins were created using the Rift’s current look and color palette (or even older ones), which continues to evolve over time. At this point, many champion and skin textures need a bit of rebalancing to ensure they look nice regardless of where they’re standing, or who they’re standing next to.

We’re talking just about every champion and skin released before 2013 (with a few outliers). This may seem scary, but I want to emphasize that these will generally be small tweaks; corrections rather than major changes. Due to the scale of the project, this won’t all be coming at once, so don’t despair if you don’t see your favorite champion in the first batch! Here’s an example of what you’ll eventually see (old on the left, new on the right):

This then ties back to the update to SR, as one of our primary goals with the update is fleshing out LoL’s visual hierarchy. Put simply, this means that particles should have the highest visibility, followed by characters, then finally the environment and map. Rebalancing characters’ colors and textures gives us the chance to also better execute within that visual hierarchy.

We also aim for hierarchy on the characters themselves, drawing attention to key areas like heads and weapons through highlights, while dropping the values on less visible or important areas so it doesn’t distract from characters’ focal points. At the highest level, we want to ensure that everything looks consistent, and that the art always adds to, rather than detracts, from gameplay.

With these goals in mind, we’ve locked several character artists in a room (no, they’re really in there – they’ve got classic rock playing on a loop, and we’re occasionally throwing them some food or something), and they’re cranking away in order to finish things up by the time the update to SR hits Live. We’ll be rolling these out over time, and you’ll see the first batch of ~10 tomorrow on the PBE (barring any hitches!).

Please let us know any feedback and questions that you have on this. IronStylus and I will be hanging out and chatting!

FAQ:
Could you explain a little more of the technical details of this?
While making these changes, we’re reassessing the finer details and making calls to emphasize certain areas of characters with the goal of increasing overall visual fidelity. Because we have a very zoomed out isometric camera angle, we want to communicate the important parts of a character without detracting from them as a whole. In other mediums (minigames, Udyr comic, cinematics like ‘A New Dawn,’ etc.) characters will also show a level of detail suitable for the angle in question.

This is something we’ve already been doing with new champions and skins to increase readability and clarity, while minimizing pixel flicker and excess noise. Our goal is never to take something away from our characters. We continue to develop and iterate on all our characters so they look like they fit inside of the same world, and in this case so they’ll have visual consistency on the Rift.

Are you updating skins as well?
Absolutely. We always consider skins when working on champions, although in this case most recent skins already reach the quality standard that we’re shooting for on this project.

However, there will be a few instances where we’ll deliver some changes to a character that will only affect their default appearance. An example of this is a metal shader that we’re adding to Orianna’s base texture, which will not be applied to the skins at this time. This is being done opportunely where we see a chance to do justice to the character’s core identity.

Will this affect the releases of Champion Updates?
Nope! This isn’t a project done by ChampUp, so it won’t affect any of the upcoming projects in the slightest. 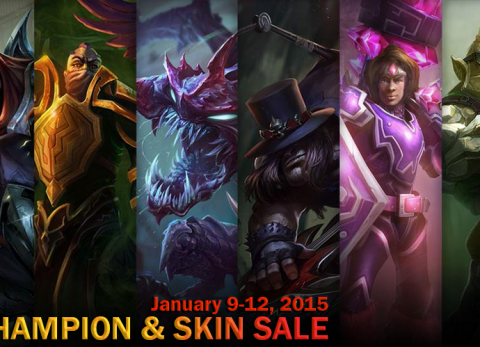 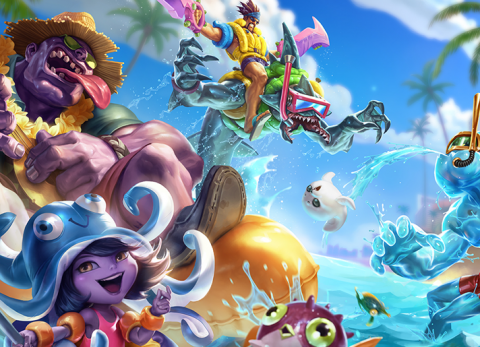