Eisuke Ichinomiya (29) is the CEO of one of the biggest corporations of Japan, the Ichinomiya Group, and is the owner of Japan’s first casino-hotel, “Tres Spades”.

Being known as the “King” by people around him, he is handsome, rich and famous, as expected.  Drowned in his own world, he thinks money can buy anything and until today it had been that way. Being one of the richest people on earth, he calls the money people spend their lifetime with as “pocket change”. Generally riding in an RR Phantom, he is frequently surrounded by women, and is known to be into one-night stand relationships.

One day, his crosses paths with MC due to the black market auctions that he sponsors and are held in the hotel. Somehow, MC finds herself to be sold in the auctions and just to avoid any nuisance, Eisuke ends up paying $20 million for her.

His pathways generally focus on the fact he is a young, yet successful and powerful entrepreneur. This situation causes him to have a serious number of enemies. He is often in trouble, related with business deals, investments, mobster relationships and envious businessmen that may come up with strategies to take Eisuke down. However, Eisuke is a smart man with powerful connections and also makes use of his $20 million by using MC in his business strategies.

Another point focused in his pathways is the reason why he had come up with auctions. Anything that may find a potential buyer can be sold at the auction and there is a specific thing he is looking for. What is it? How can MC help him reach what he is looking for?

The storylines of Eisuke Ichinomiya are absolutely very well written. They reflect what may be experienced in the everyday life of a dark entrepreneur, the types of events he may attend, his relationships he may have with his friends, enemies and acquaintances very clearly.

Another thing emulated beautifully is that even though he has everything materialistically, there is a hole in him covered on top of a longing for a pure, gratuitous, and warm love and home. Being a man of one-night-stand and how compulsive he can be for MC can be observed during the walkthroughs. Of course, as a dark businessman, he is not lovey-dovey, and instead, he is pretty threatening and forceful. But already, isn’t this what would be expected from such a man? So, it can be said that the characteristics of Ichinomiya had been built up perfectly as well.

Eisuke Ichinomiya may sometimes be nerve-racking with the way he calls MC and her lifestyle as a “commoner” and how he always makes her wear what he buys, makes her think what he thinks and act the way he wants her to act. He refers to himself as her “owner” (which is actually a sign of his obsession underneath), but this is seriously very rude! While being arrogant, selfish, stand-offish and cocky is mostly a success for reflecting the personality of this man, sometimes the dose is too much and the story becomes pretty ordinary due to these consecutive behaviors.

Such a route with events and personality characteristics wouldn’t be able to be played in a game other than Kissed by the Baddest Bidder and wouldn’t fit to a drawing other than E. Ichinomiya. 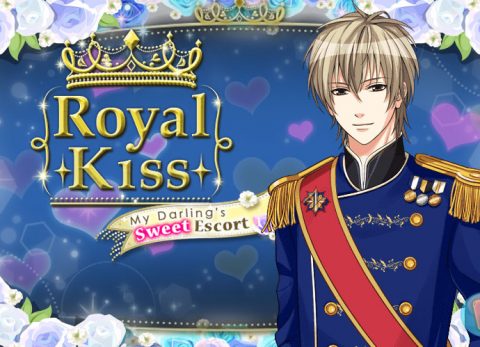