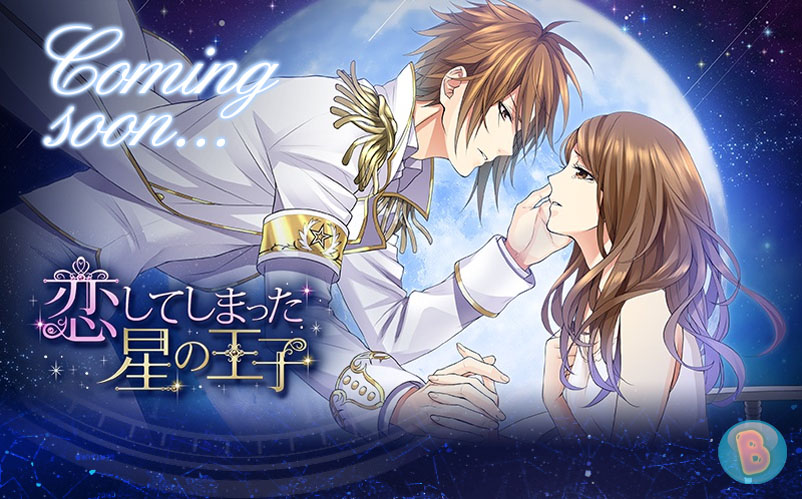 Update 1/16/14: Voltage Inc. has announced the released of Star-Crossed Myth!

Update 12/27/14: I’ve been told that the English title of the game will be Star-Crossed Myth. Leon’s Main Story (with the first chapter available for FREE), Epilogue, and His PoV will be available upon release, with his Sequel and Sequel Epilogue scheduled to be release in February. There will also be an Early Bird Campaign for all of Leon’s stories to get two special images (one for each batch of stories, I believe). Furthermore, this game will not have an Invite a Friend campaign for it’s English release. It feels like the time of the release announcement is getting closer! The game has been added to the Upcoming Releases page. Also, the below synopsis has been replaced with the official English one.

“The frighteningly beautiful gods of the stars.

Your days are dreamless and mundane until, one night, you notice a star sparkling in the heavens.

Suddenly, the beautiful gods of the stars appear before you.

To erase their sins…

This exquisite, heartrending, true love… all began with a sin.”

With the release of Kyoga’s Sequel in Enchanted in the Moonlight, Voltage Inc. announced another future sneak preview in one of their future Sub Stories in November of the upcoming app, an unfinalized Prologue of the above mentioned game.

And once again, Voltage Inc. “announces” an upcoming game before I can be sure about it! If it keeps on like this, I might just have to start making posts once the possibility shows up! I mentioned again on Tumblr first earlier this month, but like with previous games, I wanted to make sure I could be 100% sure about the release.

If past game releases are of any indication, only the first one or two characters will be available upon release, which would be Leon and Scorpio. You can read character descriptions translated by Riichany here (be sure to thank her!).

It is set to be released in 2015, possibly on or around February 9th.

For those interested, here’s the original synopsis of 恋してしまった星の王子 (not completely accurate):

“It all began with a crime―

So beautiful that is it scary, a story of the love of gods.

Tokyo where the stars cannot be seen.

The gods of the beautiful stars appeared before you, who incidentally looked up at the sky.

However, they were the gods who committed a “crime” and were discharged to the ground.

The only way to appease the crime is you―

Although the god had it all, only “Love” it did not have…

During the days spent with you, however, a forbidden love that changes the world―

Although it is them who forcibly urge, “I want your love,” in order to appease the crime, every god is the owner of a “warped love”…!?

“Try asking, if you want more.”

The god gives, exposing to the hug and kiss not of this world…*”

*神様がくれる、この世のものとは思えない抱擁やキスを一身に浴びて… – I’m not really sure about this part, so if anyone can correct it, please do! 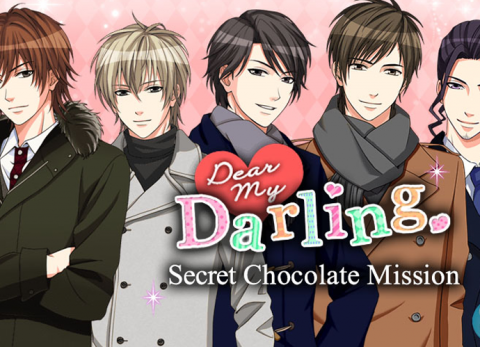 Voltage Inc. To Release Chikai no Kiss to 7tsu no Yuwaku (誓いのキスと７つの誘惑) in English