Voltage Inc. JAPAN is planning to release a new game in October!

But why am I screaming?

BECAUSE THIS IS A MY FORGED WEDDING SPIN-OFF, Y’ALL!

The game’s title is 誓いのキスと７つの誘惑, or badly translated “Kiss of the Oath and Seven Temptations”. (If I see this going around I’m going to snap someone’s neck.)

Just like with 恋人は公安刑事, the spin-off of 恋人は専属SP (Eng. title: My Sweet Bodyguard), the new game will have the return of two characters from the original game. Can you tell who they are?

The obtainable cast include (descriptions fixed based on Riichany’s translation):

So, here’s the thing… I was going to type up the synopsis like I’ve always done with new game releases, but… well, I can’t make very good sense of it. ; ;  What I can gather, though, is that the heroine this time is an ordinary OL who is suddenly proposed to by an elite of the company she works for. I’m going to wait a bit longer to make sense of it, but so far I’ve just got ??? over my head. How do Yamato and Ren fit into all this? Is this an alternate universe?

I haven’t slept yet and I’m still jittery from excitement! I’ll try to get everything figured out later, and I’ll update once I get more info!

誓いのキスと７つの誘惑 is set to be released on or around October 9th.

Update 9/20: A liiittle bit more info from what I’ve gathered (not accurate so bear with me until someone can translate it).

Apparently, the company president(?) studied love psychology in the US and created a marriage program that, when completed, you would have a happy marriage. Unfortunately for the heroine, she has no choice but to go through the program. There are seven stages in the program, with each stage having to do with a theory in romance psychology such as with Bossard’s research of physical proximity, the Romeo and Juliet Effect, and others. And she has to choose one of the guys to go through this program with, I think.

Still not sure how Yamato and Ren are written in in regards to the original game. I’m really starting to think this is an alternate universe, seeing how the two hold office jobs instead of the previous teacher and scientist jobs. Yamato’s hair is also a bit shorter, so maybe they’re younger here? Ren looks the same, though LOL. Maybe it’s an office thing, I have no idea but MAN I wish it was October already, even more so than I did before! I’ll update again when I get more info.

But you know, when I started thinking about it, I realized that having it in an office setting means we won’t be seeing the type of group closeness that the Long Island group had. I loved how close the guys were, and I’m probably going to miss that more than anything else. Seeing them separated after knowing how close they were makes me pretty sad….

Update 10/3: OP is out! And Riichany has been kind enough to translated the text in the OP and the synopsis, as well as summarize the Prologue! Go thank her now!

So I was right about everything in there except for the granddaughter part (how did I miss that???) and the inheriting of the company president (I couldn’t understand what it was trying to say, but now it all makes sense now that Riichany has translated it in English).

I’m still iffy about Yamato and Ren being there. I love the two to death, but it’s rather off-putting to see them in a completely different setting and without the LI guys. I’m still not used to it….

Some of the hobbies of the other characters are actually pretty interesting, though! From the  誘惑の部屋 (Room of Temptation):

I still don’t have much on my side, so I’ll wait until more info is released. The release date is getting closer! Also, it seems I forgot to mention, the lineup of character release is the same as the list of obtainable cast. So we will be getting Kakyoin, Yamato, Nikaido, Chitose, Ren, Fujisawa, and Hayami in that order (unless Voltage decides to release out of order of the lineup).

*Please please PLEASE don’t quote me on everything here! This is basically what I can make sense of from translators and a very extremely basic knowledge of Japanese (read: 0.01% OTL). 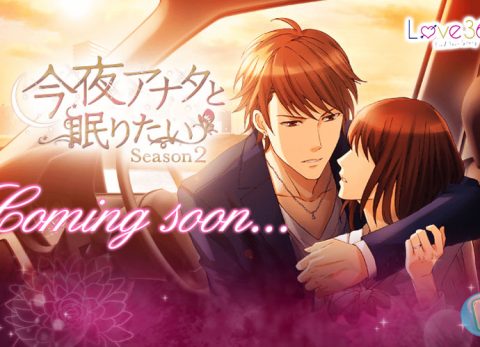 Voltage Inc. to Release In Your Arms Tonight 2 in Love 365