MOBA Spotlight: Heroes of the Storm

WHAT IS HEROES OF THE STORM?

Heroes of the Storm is a free-to-play MOBA, or Online Team Brawler, that pits a variety of Blizzard characters against each other in a 5v5 battleground. Heroes and villains of Warcraft, StarCraft, Diablo and The Lost Vikings ally themselves in two separate teams to defend their forts while pushing to destroy enemy defenses and structures.

WHO ARE THE HEROES?
Characters like Thrall, Kerrigan, Diablo, Arthas, Zeratul, Tyrael—powerful legends from Azeroth, Sanctuary, the Koprulu sector, and beyond—have been sucked into the Nexus, a transdimensional storm, to engage in eternal battle. Stranded in a strange limbo of clashing universes, these combatants are joined by the same fate—to engage in pulse-pounding combat, and team up in a deadly struggle for survival. Each hero’s fighting style can be customized through a talent.

Talents are to Heroes of the Storm what items are to other MOBAs. Heroes gain a new talent at levels 1, 4, 7, 10, 13, 16, and 20, in which they will choose a specific talent for that hero from a list of options. Talents add ability power, stats and modifications to each hero’s attacks and ability powers, ranging from additional damage, attributes and effects. At level 10, a heroic ability will be unlocked, similar to an ultimate (R) and at level 20, a second heroic will unlock.

WHAT IS THE NEXUS?
This isn’t your run-of-the-mill transdimensional vortex! The Nexus plunges the greatest warriors and strategists of the Blizzard multiverse into one of several unique battlegrounds for a no-holds-barred melee. Conquer mercenary camps to recruit powerful allies to your side, such as siege giants. Unlock the mysteries of each battleground, including ghostly pirate ships, the fickle Raven Lord, and massive grave golems to achieve a glorious victory.


BATTLEGROUNDS
Every battleground (or map) has a different game mode. The main objectives are the same, though each map introduces a new strategy to help push lanes and secure the destruction of enemy forts.

Garden of Terror battleground brings a day/night cycle. Although the laning, roaming and siege camp objectives remain the same, the night cycle summons garden shamblers and terrors, which drop seeds after being damaged and killed. But keep an eye out, as the enemy team will seek out these monsters as well. The team that collects 100 seeds will spawn a garden terror at the team’s base. A teammate will back to the base and activate it before it disappears at the one minute mark. The player who activates the garden terror will take control of it, gaining a new set of abilities, including vines that disable enemy structure defenses.

Cursed Hollow features tributes, which spawn at random spots on the 3-lane map. Be careful, as there will be tension in the jungle to collect these tributes from enemy players. At three tributes, the Raven Lord will punish the enemy team, cursing minions and weakening them down to 1 health and preventing fortifications from firing.

Clear waves in a 3-lane battleground, home of a ghostly ship owned by the Pirate Captain Blackheart. Collect golden doubloons accessible from mercenary camps, treasure chests that spawn periodically across the map, and killing enemies carrying these gold coins. Acquiring enough doubloons and giving them to Blackheart will convince him to fire cannons from his ship and bombard the enemy team’s fortifications.

A 2-lane battleground with maps both above and underground. Periodically, the underground mines will open, allowing both teams to enter and gather skulls by killing minions. After gathering enough skulls, a grave golem will be summoned, giving lane-pushing power to its team, allowing them to smash through enemy forts.

A 3-lane battleground, Sky Temple is similar to Dragon Shire, but with a twist. Three temples are located in the north, center and bottom of the battleground. Temples will randomly activate, allowing a team to secure that temple, but not without a fight. Hostile guardians will have to be dealt with first, while remaining in the temple’s proximity. After acquiring a temple, magical power will shoot down enemy forts. Beware of the enemy team as you deal with temple guardians, as they too seek to control the temples.

WHAT ABOUT CAMPS?
What about them? They work similar to camps from other games of the genre, except they can be killed by anyone laning. They are up for grabs! These mercenaries, both Knights and Siege Giants, can be defeated, and afterwards will ally with your team to help you push lanes. How cool is that? Allied mercenaries can play a big part in pushing a lane, so make sure the enemy team’s not taking advantage of this opportunity while you’re too busy farming!

HOW DOES MOVEMENT SPEED WORK?
Although Heroes of the Storm lacks in items, movement speed is given through mounts. As a game commences, you will spawn on a mount, varying depending on the skins you acquire through purchase. Pressing ‘Z’ will dismount/mount you. Allow a two second channel when mounting your beast/animal. While mounted, if a hero wishes to attack or use an ability, they will be dismounted. If damaged, a hero will dismount the creature and be stunned. Some heroes don’t require a mount, either because they already have a mount (Falstad) or already benefit without one (Brightwing). 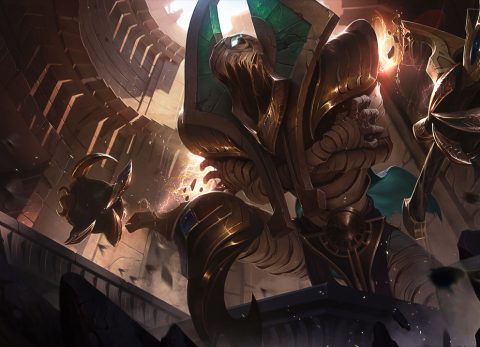 Tango Down! League of Legends Among Those Attacked