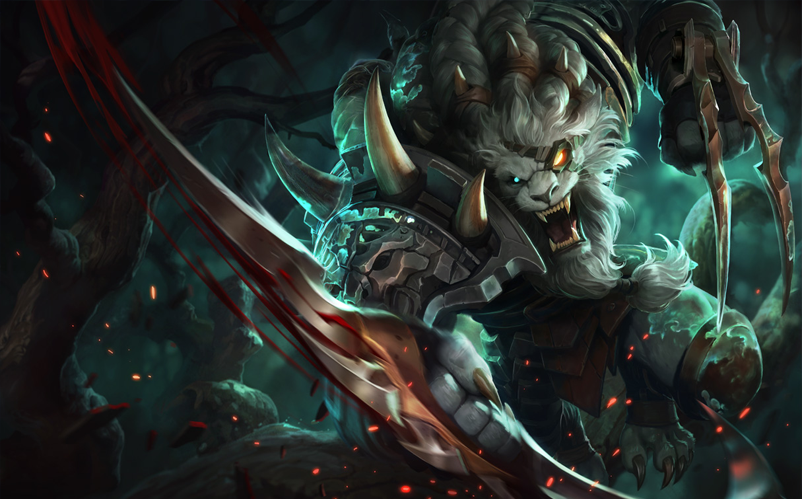 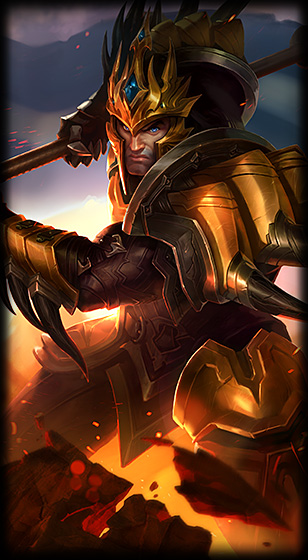 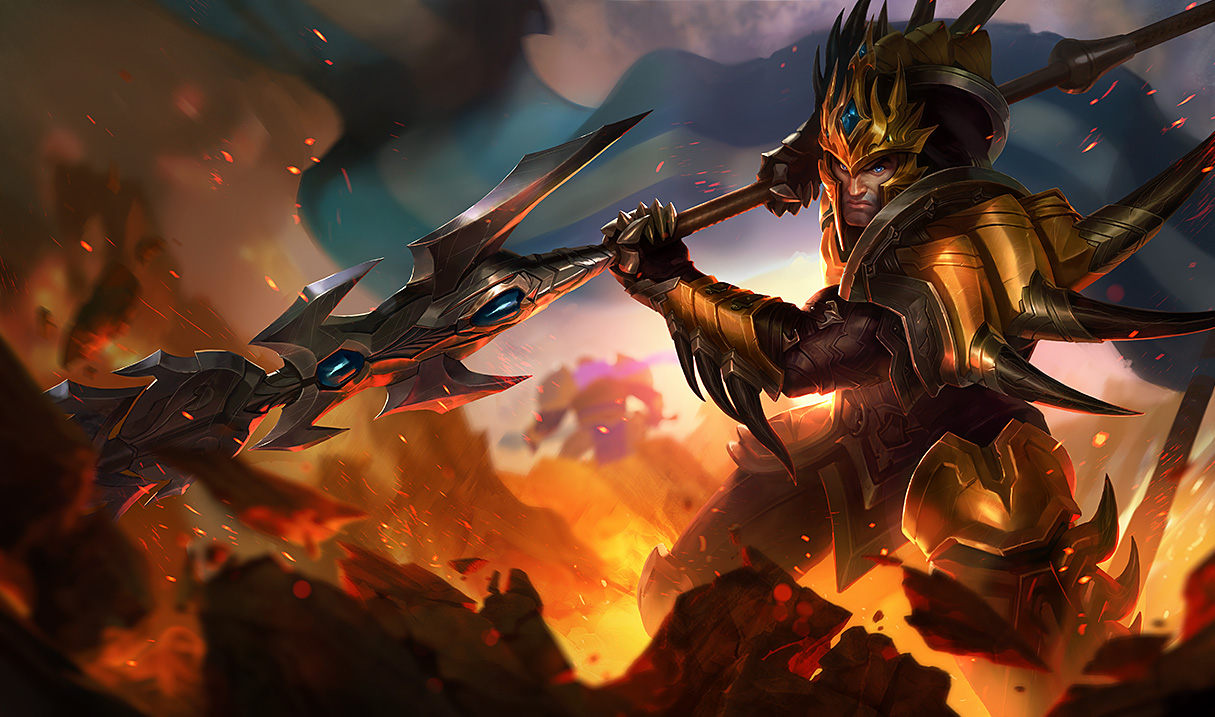 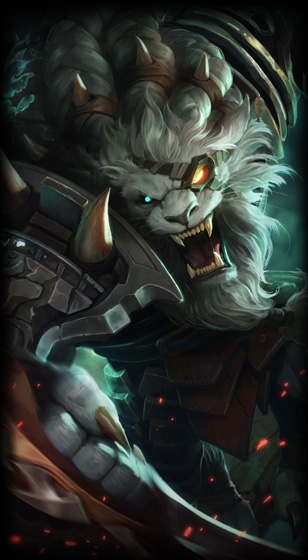 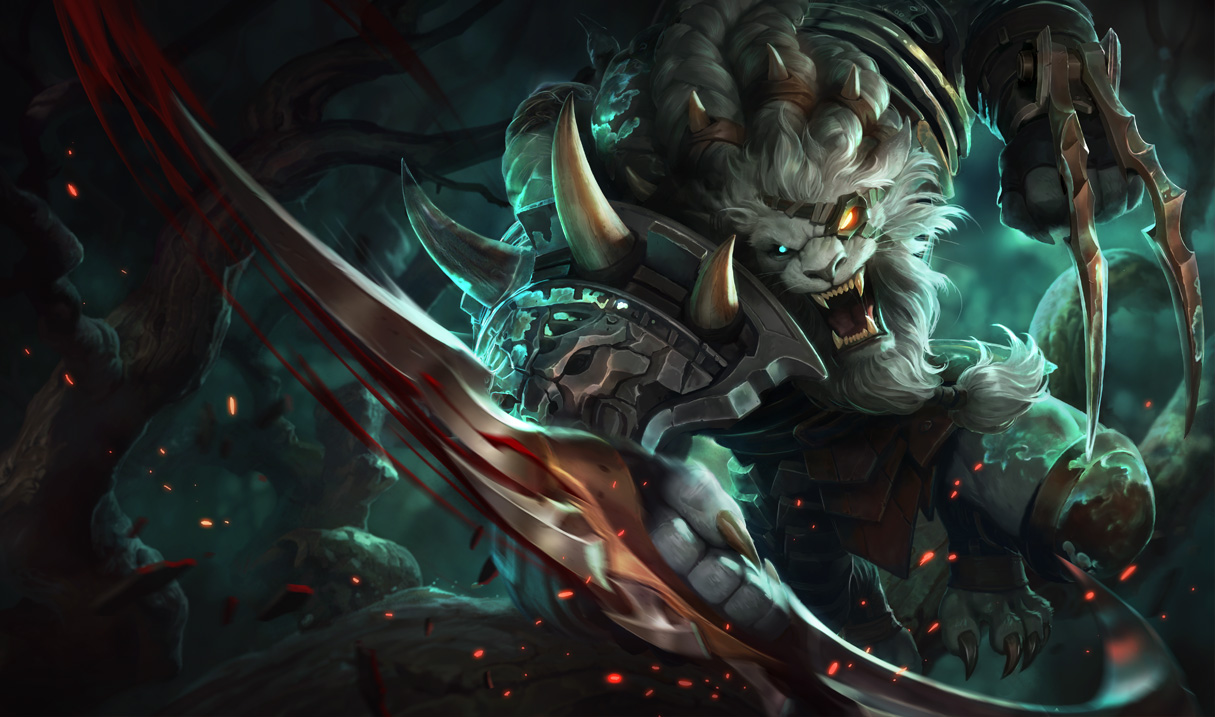 Karthus is a harbinger of oblivion, zealously devoted to the beauty and clarity of death. Even in his youth, he was utterly obsessed with mortality, growing ever more relentless in the pursuit of his dark desires. Yearning to be one with death itself, Karthus journeyed to the Shadow Isles and willingly offered himself to undeath. Karthus transformed into the Deathsinger, a dread lich existing solely to deliver the blessed gift of annihilation.

Hecarim is a towering, armored specter whose name is whispered fearfully across the length and breadth of Runeterra. He patrols the Shadow Isles, running down anyone foolish enough to set foot upon its cursed soil. As the vanguard of undeath, Hecarim rides forth from the Black Mist, laughing mockingly as he tramples the living beneath his iron-shod hooves.

The vicious wraith Mordekaiser is among the most terrifying and hateful of spirits that haunt the Shadow Isles. Entombed in ancient armor, the Master of Metal is said to be the first of the unliving, a revenant who existed even before the Shadow Isles were wrought. His twisted soul thrives on his own suffering, as well as the anguish he inflicts upon others. Those who dare face Mordekaiser in battle risk a horrific curse: he enslaves his victims’ souls to become instruments of destruction.

Elise’s entrancing beauty and grace conceal the pitiless, black heart of a deadly predator. With ruthless cunning, she lures the unsuspecting with promises of favor from the spider god. Having exchanged her humanity to become something far more sinister, Elise sacrifices the innocent to maintain her power and seemingly eternal youth. No one can fathom how many have been caught in her web, slain to feed her insatiable hunger.

Thresh is a sadistic, spectral reaper who relishes tormenting the living and the dead. Once a jailer who mercilessly brutalized all under his charge, Thresh was hanged from his own chains by the prisoners he had tortured. With his vicious essence unbound, the Chain Warden roams Runeterra in search of prey. He derives twisted joy from slowly breaking the minds of his most defiant victims, before trapping their souls within the sickly green light of his lantern.

Swift and lethal, Evelynn is one of the most deadly – and expensive – assassins in all of Runeterra. Able to merge with the shadows at will, she patiently stalks her prey, waiting for the right moment to strike. While Evelynn is clearly not entirely human, and her heritage remains unclear, it is believed that she hails from the Shadow Isles – though her link with that tortured realm remains shrouded in mystery.

Maokai was bound to a gnarled tree by the dark magic that transformed the Shadow Isles. The once-peaceful nature spirit is now a corruption of his former self. Infused with power that he never asked for, he has become a destructive force, sundering his enemies with wild magic and crushing limbs. Maokai continues to wander Valoran, seeking the means to bring life back to his forest home.

A terrifying and tragic figure, Yorick is a ghoulish being that exists on the edge of mortality. Some say he was the last of his family line, dying without an heir to continue its legacy, and that he is cursed to continue to his family’s duty even after death. Wielding the twisted shovel he bore in life, he continues his macabre work, endlessly digging and filling graves upon the haunted Shadow Isles. 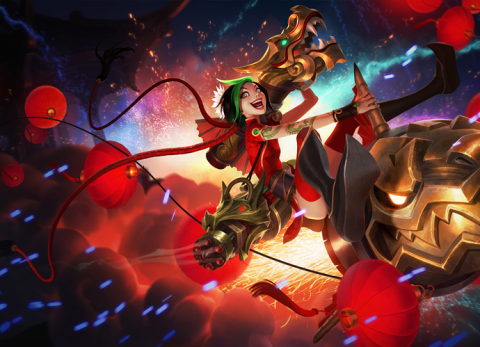 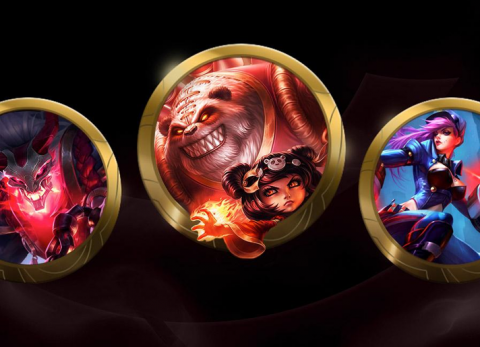