Late is late but bleh!

Anyways! Following the steps of 恋人は専属SP Love Mission, Voltage Inc. JAPAN is going to release a voiced version of 王子様のプロポーズ (Eng. title: Be My Princess). Early registration is open for iOS users up until October 8th with Android coming soon. It looks like there will also be rewards for having downloaded the app along with also having Gossip Girl installed. The Gossip Girl reward is a Princess Hair avatar hair item, while the rewards for having this one are 3 Diamonds, 5 Love Passes, and a one piece avatar item. I’m guessing both have to be installed in order to receive the rewards.

The story is the same story as the GREE version, but with voices added to it. It will be free to play and is set to release in early October.

There will only be four Princes available at the time of release:

One interesting thing is that the voice cast is different from the drama CD, except for Roberto’s. Not only that, but in the drama CD, Sakurai was the voice of Glenn and Namikawa was the voice of Edward. I’m really interested to see who their new voice actors will be. It’s not the first time this has happened, though, as 恋人は専属SP Love Mission also had a change in voice cast. Though it’s a change that might bother others, I might actually be happier with this new cast (and it doesn’t look like I’m the only one!). I’ll just have to wait and see, but I am excited!

I’m not sure how the registration process works, and I don’t even have Gossip Girl installed, but I’m going to see if I can get it to work once (read:if)  it opens up for Android users. (Or at least get someone to help me /cries) 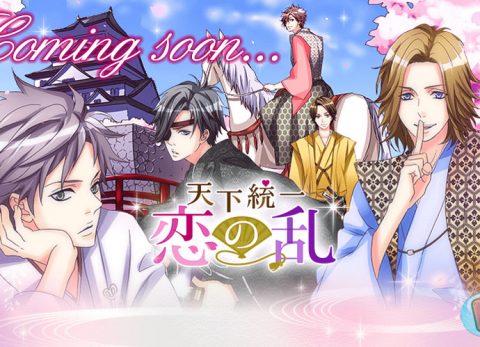