Voltage Inc. Announces “Thief X will be Reborn!!” This October 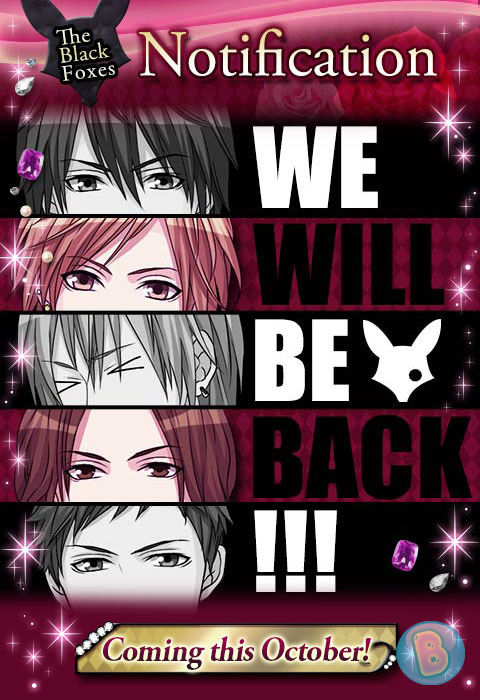 No feature image or slider this time because… uh, I don’t have one that I think I’m allowed to use! \o/ Late is late but blah. I didn’t really feel like posting this, but why not?

On October 7th, Voltage Inc. announced that “Thief X will be Reborn!! The Black Foxes will be back this October!”.

I made a post about the update back in August, but I’m glad they finally got to announcing it!

And it’s about dang time. Already there was a rumor spreading just a week or so ago that it had been cancelled, yet I had not seen a single mention of Voltage Inc. replying to inquiries with the usual “undecided status” line that typically comes in reply to games that end up ultimately no longer receiving English updates regardless of it’s status in Japan. My sources have always been accurate for the most part, even providing proof of the upcoming update, so I don’t know how that rumor began to spread so quickly without someone questioning whether or not Voltage Inc. made any comment on it.

I did, however, sneak in stories into the Upcoming Releases page along with a possible release date. I should note, though, that the only ones that are questionable are the Licensed to Wed and The Wedding stories. I accidentally forgot not to put those on there yet, but since I remembered only a few days after, I figured it might be too late to take it down. That being said, if those stories do get released, they might not be released in the order of the lineup. I don’t know how they were released in the Japanese version, so do keep that in mind.

On that note, I’m also thinking of changing the title of that section from “Confirmed” to something else. All that info is given to me from my sources, not from Voltage Inc. I’ve gotten enough responses from that list of people mistaking that “confirmed” means “confirmed by Voltage Inc.”, so I honestly think it should be changed. To what, I don’t know yet, but I’ll keep thinking about it.

Also, please please stop copying and reposting the list in other places, text or otherwise. Doing so will make it easier to control what gets updated and what doesn’t on that list, and it makes it difficult for others to see changes when all they see is an old version of the list on Tumblr, Facebook, etc.. I am constantly making mistakes, whether it’s typos or skipped updates, so it’ll be much easier to just link back here instead of having my mistakes in other places where I can’t fix them. I’d also hate to take down a story and still have people thinking it’s on the list because they saw it somewhere else. I’ve come to be very wary of what exactly I put up….

Anyways! Love Letter From Thief X is not cancelled, and we’ll be receiving the new UI update along with new stories and new upcoming stories! Expect the update to be within the next week, but do keep in mind that Voltage Inc. may change release schedules without notification. 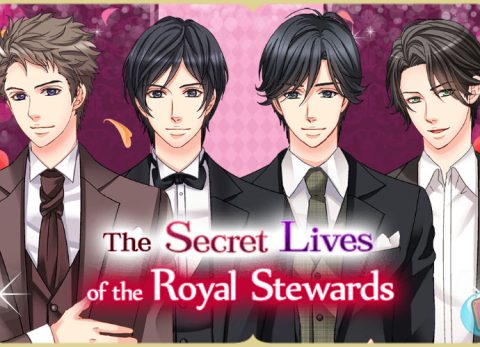 [Be My Princess: PARTY] The Secret Lives of the Royal Stewards Event Info

[Be My Princess: PARTY] The Princess’ Valentine Event Info