The Nintendo Switch Lite is to be released on September 20th at $199.99 USD. Unlike its predecessor, it is advertised as being “handheld only,” meaning it won’t have the ability to connect to a TV for console playing. It’ll also be smaller, have non-detachable controls, and be available in three colors (turquoise, gray, and yellow) and one limited Pokémon Sword and Shield Edition.

With a 5.5″ LCD touchscreen display, the Nintendo Switch Lite has a 720p resolution. Because there are no longer Joycons, the directional buttons are replaced with an actual D-pad this time. It still comes with 32GB internal storage and a microSD card slot to expand its storage.

This is a good sign for otome game players who can’t spend $300 on a Nintendo Switch and wish to use it mainly for otome games or visual novels in general. Its smaller size makes it much more portable than the original Switch console and makes it a better upgrade to the now-dead PlayStation Vita.

Now, it’s just a matter of getting more otome games localized and released for the Nintendo Switch.

This past AnimeExpo, Aksys Games announced Switch ports to previously localized otome games as well as some new titles. Code:Realize ~Guardian of Rebirth~, Code:Realize ~Future Blessings~, Collar X Malice, Collar X Malice -Unlimited-, Cafe Enchante, and Piofiore are all set to be released later this year and next year. Truant Pixel also announced at AX that Akash: Path of the Five is in development for a Switch release and even teased at a physical release of the game. Last week, Voltage Inc. JAPAN announced the release of Star-Crossed Myth on the Switch with English support.

There are a number of otome games currently available on the Switch through the Nintendo eShop. Titles include

While many Nintendo Switch players don’t seem to see the point of the new Switch Lite, perhaps it’ll resonate more toward the casual players who not only play less party games, but who also favor smaller sizes and portability. I can already name a few people who would rather wait until the Switch Lite goes on sale instead of buying a Switch right now. Personally, I’d love to have the turquoise model! As much as I love the Nintendo Switch model, it is not as built for portability as I had hoped. It’s still way too big to fit in my personal bag and adds a bit too much weight than I’d like. Since I like rhythm games and visual novels more than anything, I can see myself liking the Switch Lite more. But we’ll see! 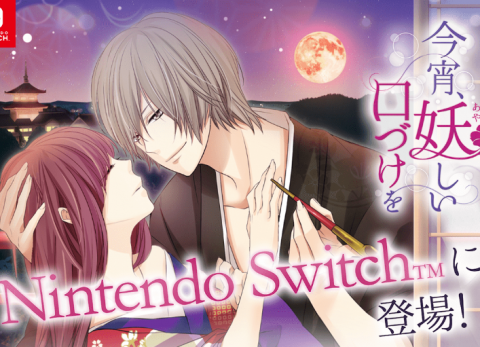