Aksys Games Localization, Inc. Announces Release of Sweet★Fuse: At Your Side

“Saki Inafune, niece to legendary game developer Keiji Inafune, can’t wait to visit her uncle’s new theme park. She’s been invited to the opening day ceremonies, and is looking forward to a day of fun and excitement when suddenly Count Hogstein—a villain as corpulent and cliché as he is evil—blows up the Ferris wheel, takes the park management hostage, and declares the beginning of a deadly series of games.

Desperate to save her uncle, Saki volunteers to be one of the participants in Hogstein’s games, and finds herself thrust into the midst of excitement very different from what she’d expected when she woke up that morning. She’ll need all of her cunning, determination, and exceptional insight to get herself and her fellow participants—all available bachelors—out alive and maybe, with a little luck, find love along the way.”

So Aksys Games has announced their upcoming release of Sweet★Fuse: At Your Side (originally バクダン★ハンダン) planned to go on sale in Summer 2013 for the PSP. But I have to say, it was indeed a surprise, though I still kind of question it. Not in a bad way, though. I just would have thought that other popular otome games would have been one of the first to be picked.  I haven’t read any reviews on it, but from the responses I’ve seen, it looks like it also includes puzzles in the gameplay. If there’s puzzles involved, I can see why it was chosen, then. As one tumblr user said:

“…I can see why AKSYS picked this one they release games with traps and trying to survive from some kind of crazy killer and that’s what this game is about. It would have been a better game if it would have had interactive puzzles to solve in order to survive. It played out as a visual novel even during the puzzles.”

I don’t know how big the fandom for this game is, but I haven’t seen much on it from where I’ve looked before. At least now I know not to go looking for spoiler-filled reviews and a spoiler-free guide!

This game is definitely going on my pre-order list. Even if I end up not liking the game, at least it gives Aksys, and possibly other developers, one more to add to the amount of people that are interested in having PSP otome games localized. Now I just have to wait until pre-orders at Gamestop open up.

Here is the link to Aksy’s announcement and the Sweet★Fuse: At Your Side official site. 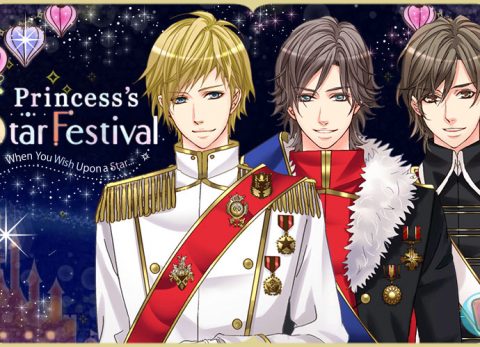